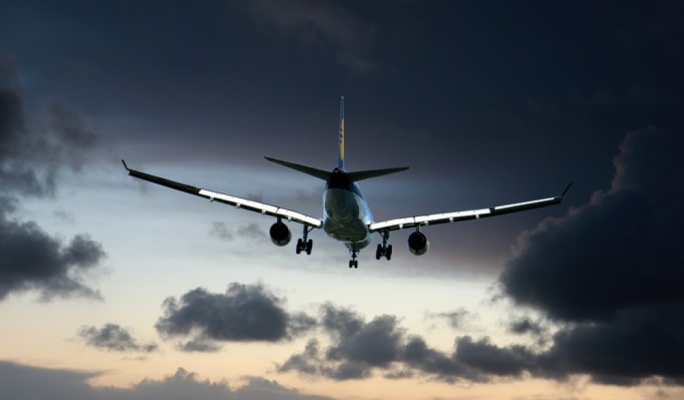 why cheap flights are facing price hikes due to fuel changes

Airfares will rise dramatically in the near future as Europe prepares to legislate the rules needed to replace polluting fossil jet fuel with SAF – a sustainable aviation fuel.

Earlier this week, MEPs adopted a position on draft EU rules, which will require EU airports to have flights raising a minimum share of SAF, from just 2% in 2025, up to 85% by 2050.

The proposed rules are not yet final. To become law, they must be approved by negotiators from the European Parliament and EU member states in what are known as trilogue talks due to begin in September.

But experts estimate SAF will cost Air Malta six times as much as jet fuel, according to previous statements by Air Malta officials during a Chamber of Commerce debate.

A study by Amsterdam Economics and the Royal Netherlands Aerospace Center predicts that EU islands, such as Malta, could be outliers that will suffer increases of up to €60 and €70 in ticket prices. Spain, an example of a so-called “peripheral” country due to the greater number of kilometers traveled within the European Economic Area, could experience price increases above €65 in 2030 and then above €114 in 2035.

During an online debate on Fit For 55 targets organized by the Chamber of Commerce in 2021, an Air Malta official, Nadia Giordimaina, remarked that the costs of SAF were five times higher than those of Jet A1 fuel . “And that could mean that the ticket prices we’ve grown accustomed to are a thing of the past unless there’s the necessary support,” she told the panel.

Flying has certainly become dramatically cheaper over the past 25 years, opening up hundreds of underserved European cities to a wider market of travelers looking for weekend breaks and longer stays. The Malta Tourism Authority subsidizes landing fees for low-cost giants like Ryanair and Easyjet to attract more tourists.

But SAF is now seen as key to balancing the environmental cost of tourism, where decarbonizing aviation will be a necessary process over the next decade, and where price increases will fund investment in technologies that reduce the dependence on fossil fuels.

The proposed EU regulation suggests that airports with 2 million annual passengers or less are not covered by SAF obligations, a threshold that Malta’s only airport does not fall.

EU airports located in the “outermost region” of the Union, such as the Azores or the Canary Islands, will not be subject to the SAF rules, given their distance from the EU mainland.

“This is another case where the government has failed to tailor proposed legislation to address our specific situation of insularity and dependence on air travel,” Agius said.

Agius said the government had prevented another case of “one size fits all” Brussels rules which, in this case, also included specific provisions for island territories. “He failed to make the case for Malta for policies that respond to our specific situation.”

The impact of SAF on European airlines will only be analyzed in five years, another area of ​​concern for Agius. “It will be too late to avoid the impact at that time. We need guarantees for the Maltese economy before adopting EU rules, not after.”

Government tells MEPs to vote against

While the Maltese government has been unable to convince EU transport ministers or secure exemptions on sustainable aviation fuel for airlines landing at Malta International Airport, within the European Council , he earlier this week advised Maltese MPs to vote against the Fit For 55 legislative position.

All Labor MEPs voted against SAF, while Nationalist MEP David Casa supported the EPP line and voted in favor of SAF despite statements from the Maltese government that it would increase Air Malta’s costs and prices.

The government told MPs that while the Brussels Commission’s initial proposal was to introduce a “gradual blending obligation” on SAF, the European Parliament’s proposals were to increase this share significantly.

“This substantial increase could prove difficult for member states, like Malta, which do not produce fuel and are therefore highly dependent on imports,” Permanent Representative Marlene Bonnici told MEPs.

Although Malta backed the Commission’s proposal, she said MEPs should oppose the increased targets proposed by the European Parliament’s rapporteur because it would increase aviation prices. “Due to the increase in the price of air tickets, citizens will not be able to travel by air to their intended destination as the cost of air travel starts to become prohibitive. This is obviously all the more relevant for a Member State which depends so heavily on the aviation sector for connectivity, tourism and economic development.

Malta appears to have successfully lobbied for an exemption for routes under 1,200km departing from an EU airport. Basically, it allows airlines to exempt themselves from having to use SAF if a Member State authority has not responded to a request for exemption within three months. But the position of the EP did not provide for such a system.

Yet while Malta’s Permanent Representation called on MEPs to vote against the EP’s negotiating position on SAF, Transport Minister Aaron Farrugia told Malta Today yesterday that it was “positive to see the European Parliament moving in this direction as well… further work on this file will be carried out throughout which Malta will continue to advance its interests, so that an agreement is reached between the co-legislators.

Farrugia said Malta was a strong supporter of this Fit For 55 proposal. . It is true that SAF is currently more expensive than traditional fossil jet fuel. However, as the technology matures, it will become more efficient and less expensive for the industry and its customers.

Farrugia said airline passengers using SAF will enjoy the benefits of reduced emissions and that phasing out fossil fuels will save Malta from additional costs incurred by the Emissions Trading Scheme (ETS) and other fuel taxes.

To bridge the price gap between conventional fuel and SAF, Malta hopes to claim ETS allowances when SAF is used on flights that service outlying, insular and insular areas.

In the forthcoming negotiations between the Council and MEPs, Malta will firmly push the line for an EU-wide SAF blending mandate only, to ensure a level playing field and sufficient access to SAF in order to reduce the costs. Farrugia says the Council’s deal provides the necessary safeguards for Malta’s periphery issues, with its limited connectivity options. Whether it can assert its position in the forthcoming negotiations with the European Parliament is another matter.

Renewable electricity and green hydrogen have been given the green light by MPs to be included in the SAF mix, with requirements for airports to facilitate recharging and refueling.

The European Parliament has voted to extend a list of feedstocks to include recycled carbon fuels produced from waste treatment gases and biofuels derived from so-called tier three animal fats until 2034.

In their vote on the SAF, MEPs banned the use of controversial feedstock for biofuels from the European Mandate on Green Fuels for Aviation (ReFuelEU).

MEPs effectively doubled their use of synthetic aviation fuels, rather than harmful biofuels made from palm oil by-products and crops.

This means that sustainable aviation fuels cannot be linked to the production of foods derived from deforestation or biodiversity loss, or which otherwise drive up food prices.

MEPs opposed the extension of the definition of sustainable fuels to palm oil by-products, PFADs and intermediate crops.

Animal fats, the by-products of the animal slaughter process, will however be included for SAF. Palm oil is very often the chosen substitute for animal fats, leading to negative impacts on land use change and global emissions.

MEPs have shown their preference for synthetic fuels over biofuels, but the main synthetic fuel currently available is e-kerosene, which is generated by combining green hydrogen (H2) and carbon dioxide (CO2).

Synthetic aviation fuels could also be created from renewable electricity and green hydrogen.

Thai Airways to reactivate 5 planes due to demand

Alaska Airlines Sale: Get cheap flights across the US, including Hawaii

Cheap flights: Frontier Airlines is holding sales with airfares as low as $19