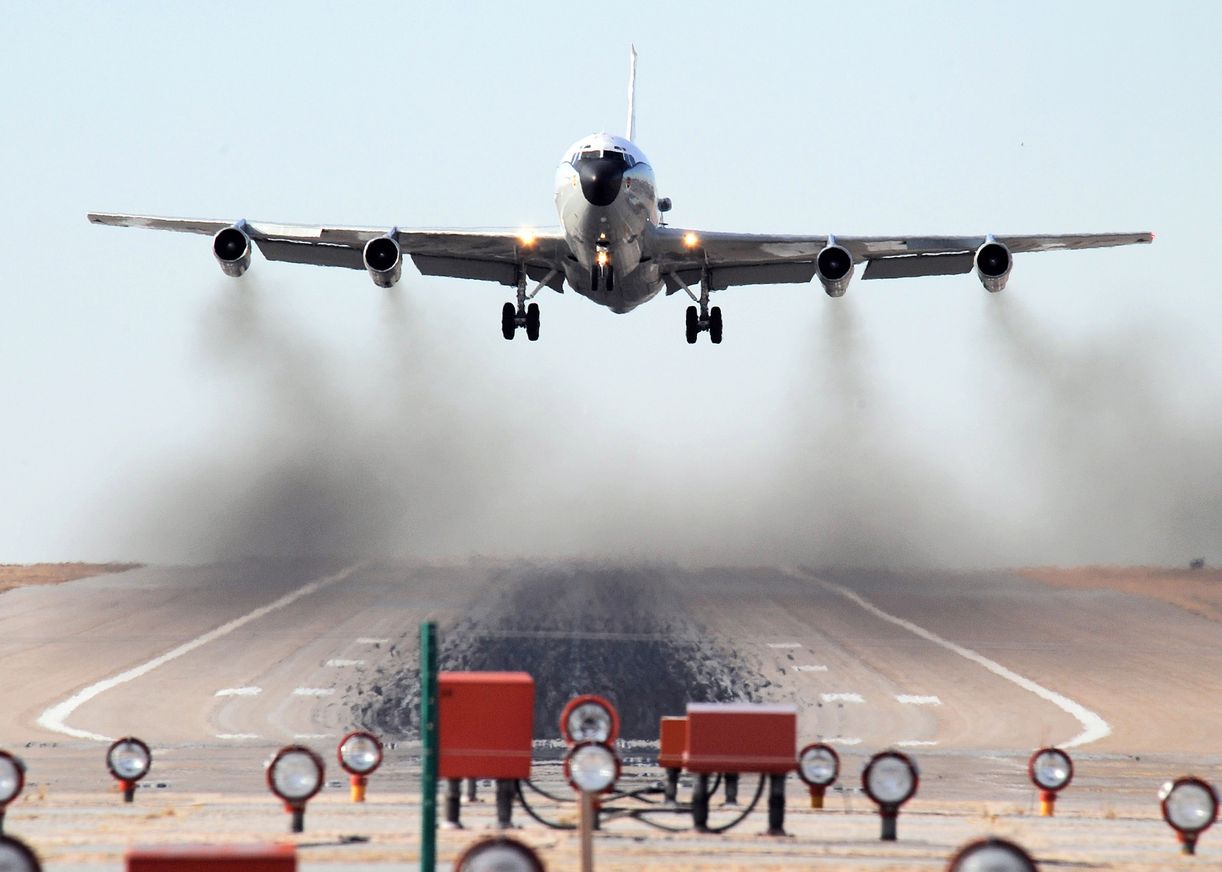 The United States Air Force operates many specialized aircraft that provide in-flight surveillance systems. Among the most specialized aircraft is the WC-135W “Constant Phoenix” atmospheric collection aircraft, which serves as an aerial collection platform for the detection and identification of debris from nuclear weapon explosions. It earned him the nicknames “weather bird” and, more commonly, “sniffer”.

The aircraft, which is based on a modified C-135B Stratolifter, is controlled by the Air Force Technical Applications Center and operated by the 45th Reconnaissance Wing at Offutt Air Force Base in Nebraska.

In recent days, the plane was seen over Scotland and was heading towards Norway. He was likely on patrol flights that began after Russian President Vladimir Putin put his country’s nuclear arsenal on high alert following the unprovoked Russian invasion of Ukraine.

The Constant Phoenix was deployed to the Royal Air Force’s Mildenhall Air Base in late January as Russia continued to mass its forces along the Ukrainian border.

This deployment of the sniffer in Europe is unique.

Following the Chernobyl nuclear power plant disaster in 1986, several WC-135s were sent to monitor the disaster, but since then the sniffer has only been sent to Europe twice. The first deployment was in 2017 while the second was in 2020, and both deployments brought it closer to Russian airspace.

The Last of the Current Sniffers

The Constant Phoenix, now based in the UK, is actually the last of ten WC-135Bs, plus a convert from an older EC-135C, still in service. It continued to collect particulate and gaseous effluents and debris from accessible regions of the atmosphere in support of the 1963 Limited Nuclear Test Ban Treaty.

The aircraft’s modifications are primarily related to its onboard atmospheric collection suite, which allows the mission crew to detect radioactive “clouds” in real time. It is also equipped with external circulation devices to collect particles on filter paper and a compressor system for whole air samples collected in retention spheres.

Despite the fact that only one Constant Phoenix remains in operational service, it is the only platform in the USAF inventory designed to perform air sampling operations. Until recently, two WC-135Bs were regularly deployed to the Pacific Ocean, where they were used to monitor developments in North Korea’s nuclear program.

It is unclear whether the plane is also monitoring any radiation leaks at the Chernobyl nuclear power plant, which was captured this week by Russian forces.

As part of the Department of Defense’s fiscal year 2019 budget, three KC-13Rs will be converted to WC-135Rs, allowing for the retirement of the aging aircraft, but the Constant Phoenix program will remain a constant.

Peter Suciu is a Michigan-based writer who has contributed to over four dozen magazines, newspapers, and websites. He writes regularly on military small arms and is the author of several books on military headgear, including A gallery of military hairstyleswhich is available on Amazon.com.

Alliance Air plane, with 55 passengers on board from Delhi, runs off the runway