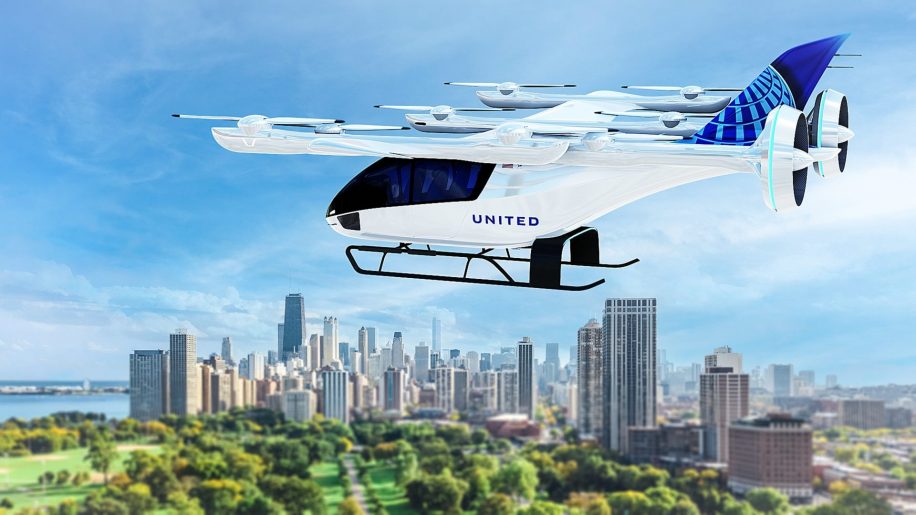 United to purchase up to 400 eVTOL aircraft from Eve

United Airlines has invested $15 million in electric vertical take-off and landing (eVTOL) aircraft maker Eve, alongside a conditional purchase agreement for up to 400 aircraft.

The deal with Embraer’s Brazilian subsidiary Eve will see United buy 200 of the four-seater ‘flying taxis’, with a further 200 options.

The carrier specifies that the first deliveries are expected “from 2026”.

The announcement follows United’s deal with eVTOL maker Archer Aviation last year – the carrier recently made a $10 million pre-delivery payment for 100 of the company’s planes.

United said that under the terms of the Eve agreement, “the companies intend to work on future projects, including studies on the development, use and application of Eve’s aircraft. and the Urban Air Mobility (UAM) ecosystem”.

Eve’s eVTOL aircraft design is expected to have a range of 60 miles and will use fixed wings, conventional rotors and pushers, “giving it a practical and intuitive lift-plus-cruise design that promotes safety, efficiency, reliability and certifiability”.

“United has made early investments in several cutting-edge technologies at all levels of the supply chain, affirming our leadership position in aviation sustainability and innovation,” said Michael Leskinen, President of United Airlines Ventures.

“Today, United is making history again by becoming the first major airline to publicly invest in two eVTOL companies. Our agreement with Eve underscores our confidence in the urban air mobility market and is another important benchmark towards our goal of net zero carbon emissions by 2050 – without using traditional offsets.

“Together, we believe our suite of clean energy technologies will revolutionize air travel as we know it and serve as a catalyst for the aviation industry to move towards a sustainable future.”