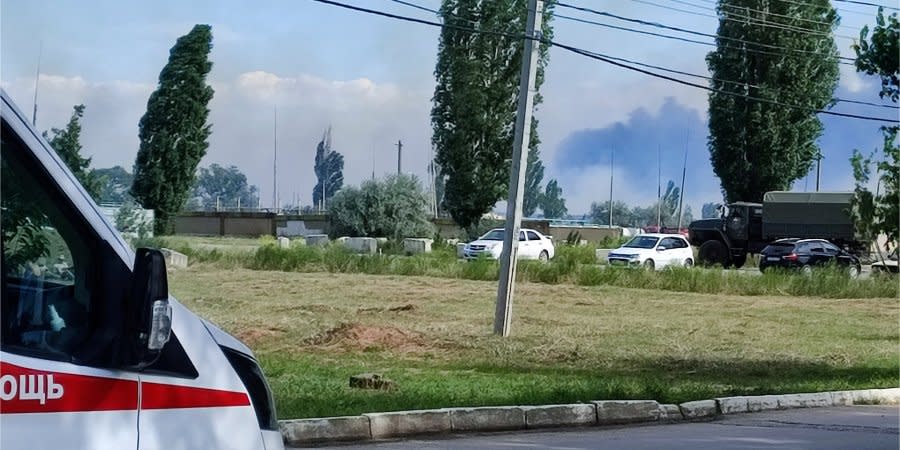 Yuriy Ihnat, the Air Force Command spokesman, speaking on Ukrainian national television on August 10, said the Saki military airfield was a base for Su-30SMs, Su-24s, Il- 76 and other Russian warplanes.

“The occupiers’ planes were constantly taking off from this airfield,” Ihnat said.

“They are in the sky around Ukraine practically around the clock. Without flying to Snake Island, they are constantly patrolling the Black Sea, only changing planes and crews. Disabling the airfield is a good thing, and if a dozen more planes were destroyed there, it’s a small victory.

Ihnat said that for the past three months Russian planes had not flown within range of the Ukrainian air defense system, but were carrying anti-radar missiles.

Also, according to his information, there are about five airfields similar to Saki in the Crimea.

“From the explosion we observed in the video footage, it is clear that the affected ammunition depot is the aviation weapons depot, as there was a severe detonation, which means the warehouse was hit,” Ihnat said.

Read also: Russia does not accuse Ukraine of hitting Crimean airfield for not admitting shortcomings in air defenses – ISW

On the afternoon of August 9, several powerful explosions sounded at the Saki military airbase near the village of Novofedorivka in Russian-occupied Crimea. Columns of smoke were visible both on land and from the sea.

Earlier, the occupied peninsula’s so-called “Ministry of Health” announced that the number of casualties “as a result of the incident” in Novofedorivka had risen to nine (compared to five initially reported), including one fatality.

Ukraine’s Defense Ministry also commented on the explosions at the airfield in Russian-occupied Crimea, saying it could not establish the cause of the fire at the airport.

Read also: The United States reaffirms its support for Ukraine’s efforts to defend its sovereignty, including in Crimea

Sarcastically, the ministry’s message mentioned the importance of respecting fire safety rules and the prohibition of smoking in non-smoking areas.

Read the original article on The New Voice of Ukraine

If You Invested $1,000 In Airline Services Ten Years Ago, Here’s How Much It Would Be Worth Now