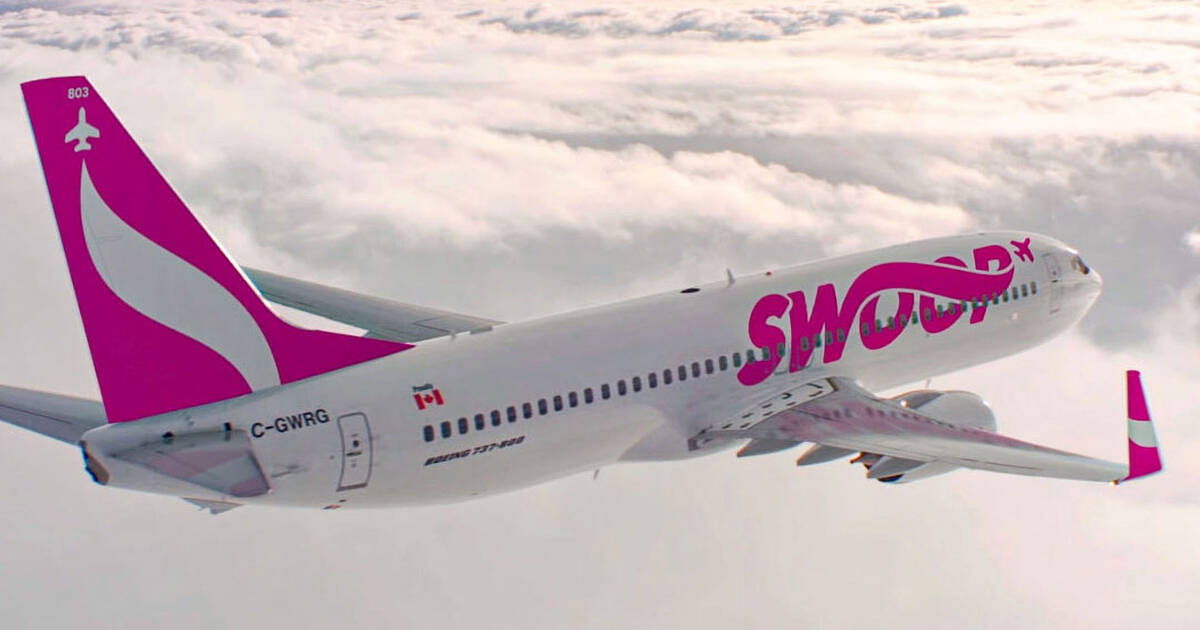 Toronto gets cheap flights to Canadian cities for under $60

WestJet’s ultra-low-cost carrier Swoop has announced an expansion with the purchase of new planes to its fleet and the addition of routes that will fly passengers to Toronto for less than it costs to fly across the city to an Uber on a Saturday night.

On Wednesday, Swoop announced that it had acquired six new Boeing 737 MAX-8s, which will increase the carrier’s fleet from 10 to 16 planes when the new wings arrive this summer.

The 737 MAX is the same airplane model that made headlines in 2019 and 2020, when all planes were grounded globally after a pair of high-profile disastrous crashesa problem since blamed on faulty software and resolved.

The fleet expansion will allow the carrier to introduce flights to Atlantic Canada with six new domestic routes in time for the upcoming summer season, bringing Swoop’s total to 37 nonstop domestic routes.

Of the six new routes, three will visit Toronto several times a week, with flights linking Canada’s largest city to Deer Lake, Newfoundland, Saint John, New Brunswick and Charlottetown, Prince Edward Island, which will take off in the coming months.

But here’s the craziest part: the base fare for both of these routes is a surprisingly low $5.14. That’s about the price of a GO Transit ride from Union Station to Kipling GO Station, but when you factor in taxes and fees, prices increase exponentially.

Add taxes and fees of $53.86, and a one-way ticket will actually cost you $59, still incredibly low.

Flights between Deer Lake and Toronto will depart twice a week starting June 20 and will be the most expensive of the new routes, with one-way fares starting at $40.54 or $99 including tax.