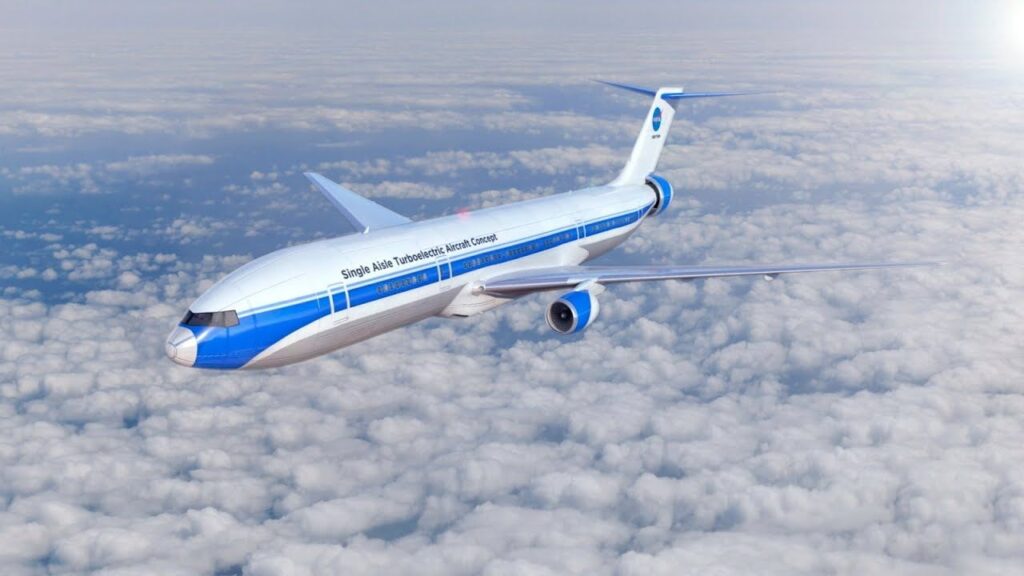 This aircraft idea could potentially reduce fuel consumption by 7-12% while operating with the same range, speed and airport infrastructure as existing regional jets. It would also highlight the fundamental benefits of partially turboelectric propulsion systems for next-generation aircraft.

A crucial first step in reducing drag, which slows a vehicle and increases fuel consumption, is controlling the airflow around it. Innovative Boundary Layer Ingestion (BLI) technology, which is a feature of STARC-ABL, helps control the boundary layer – a region of slower-moving air – near the aircraft’s surface.

A BLI fan mounted on the vehicle’s tail, which is integrated with the aircraft’s propulsion system, helps ingest the slower and often more turbulent layer of air. Then, to create thrust, this air is re-accelerated from the boundary layer to the aircraft’s surface.

STARC-ABL relies on propulsion-airframe integration, or the efficient integration of the propulsion system with the airflow surrounding the airframe, to achieve maximum performance (PAI). The aircraft’s turbofans are equipped with generators that produce electricity and power the rear engine.

Smaller wing-mounted engines can be used with the innovative addition of an aft engine which provides additional thrust, helping to reduce drag and fuel burn while reducing overall aircraft weight. Turbofans can produce megawatts of electricity in addition to thrust, which can be used to power aircraft electrical systems, including cabin conditioning and on-board instruments.

During the development of the concept aircraft, STARC-ABL will undergo extensive testing at the Electric Aircraft Test Bed (NEAT) at NASA’s Glenn Research Center.

Future airliners will be able to successfully transition from conventional jet engines to a more sustainable future for aviation thanks to the technology revealed by this proposal.

STARC-ABL, which is expected to join the commercial fleet around 2035, will play a crucial role in demonstrating the capabilities of turboelectric systems and parts for more environmentally friendly air transport.

The most common misconceptions about aircraft safety