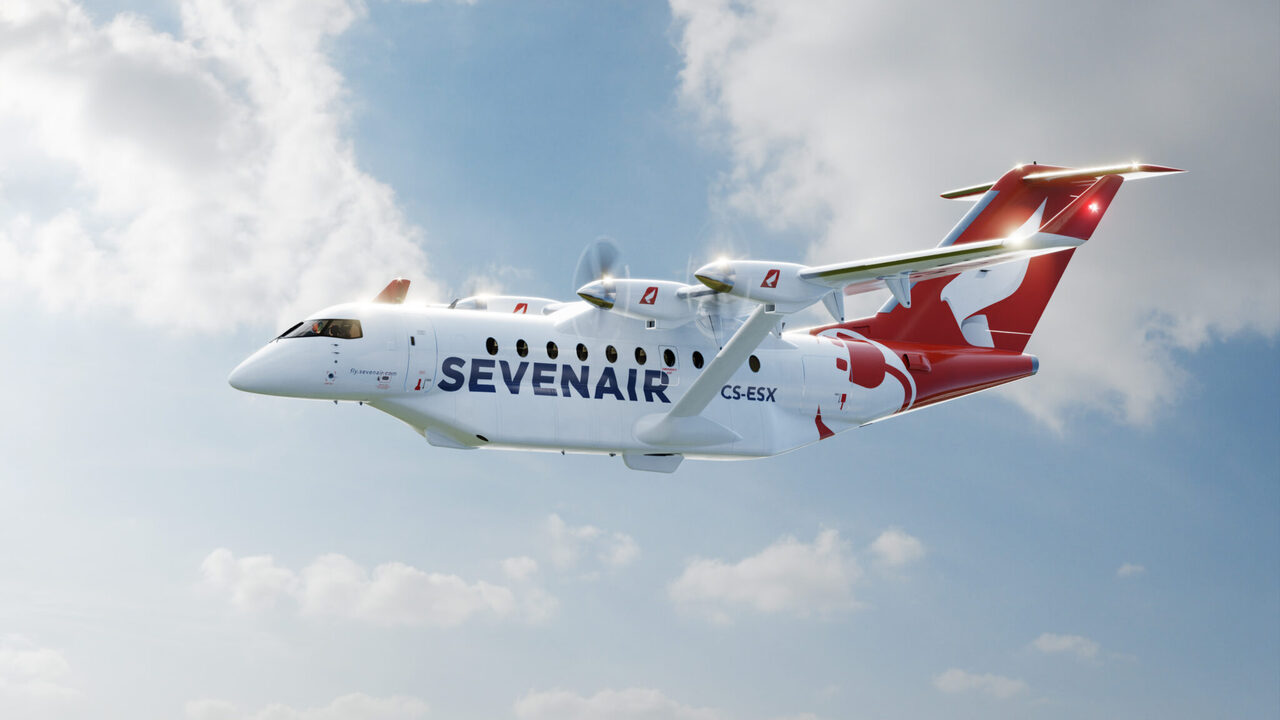 LONDON – The recent headline-maker, the Heart Aerospace ES-30 electric plane with a hybrid standby system, has secured yet another letter of intent, this time from Portuguese airline Sevenair. The ES-30 has been getting a lot of attention in aviation news lately, with letters of intent coming from major airlines such as SAS and Air Canada.

Yet Another Letter of Intent for Heart Aerospace

The very interesting regional commuter plane, the ES-30, has received another letter of intent (LOI) from the Portuguese airline Sevenair, which serves as a regional airline specializing in public transport and leases with crew. It currently operates seven routes in Portugal, all of which can be covered by the ES-30 aircraft.

Commercial Director of Sevenair, Alexandre Alvescommented on the LOI saying, “We believe the ES-30 will be a game-changer for short-range regional flights offering low noise and zero emissions.”

“These features, combined with the ability to reduce heavily impacted fuel and maintenance operating costs, will allow any airline operating the aircraft to offer new routes that were not previously viable and expand regional air connectivity to a wider range of passengers”,

Sevenair’s latest interest, totals ES-30 orders up to 230 orders and 100 options for the ES-30, as well as letters of intent for another 99 aircraft.

Chairman and Chief Executive Officer (CEO) of Heart Aerospace, Anders Forslund, said: “With the ES-30, we have designed an aircraft that can start reducing regional air transport emissions before the end of this decade and it is progressive airlines such as Sevenair that are making it a reality. We couldn’t be happier to have them as our partners.”

Managing Director of Sevenair, Carlos Amaro, also commented saying, “Heart Aerospace presented itself to us as a start-up that combines strong financial backing with an experienced team and strong industry partners. As members of the Airline Advisory Board, we are proud to assist this incredible group in the development of an aircraft that will completely disrupt regional flying,”

SAS (SK) and Air Canada (AC) also made headlines in the aviation world with their aircraft type orders and letters of intent.

This has the potential to be a major step in SAS’s journey towards more sustainable air travel, enabling zero-emissions flights on routes in Scandinavia.

Chairman and CEO of SAS Group, Anko van der Werffsaid during the announcement: “Along with the entire industry, we have a responsibility to make air travel more sustainable.”

“SAS is dedicated to transforming aviation so that future generations can continue to connect the world and enjoy the benefits of travel – but with a more sustainable footprint. The letter of support with Heart Aerospace is an important step in this direction. .

As for Air Canada (AC), President and CEO of Air Canada, Michael Rousseau, said the following about its agreement with Heart Aerospace earlier this year: “Air Canada has taken a leadership position in the industry to fight climate change. The introduction to our fleet of Heart Aerospace’s ES-30 electric regional aircraft will be a step towards our goal of net zero emissions by 2050.”

He also adds: “Already, Air Canada is supporting the development of new technologies, such as sustainable aviation fuels and carbon capture, to fight climate change.

“We are now strengthening our commitment by investing in revolutionary electric aircraft technology, both as a customer of the ES-30 and as a financial partner of Heart Aerospace.”

It seems that the ES-30 program is currently being sought by several carriers, as the project shows promise in the pursuit of sustainable aviation and air transport, as shown by the huge number of interests and orders.

Although the ES-30 is not an all-electric aircraft, it sees the potential for increased range as battery technology evolves in the coming years. However, the hybrid reserve is a possible factor as to why the plane looks promising.