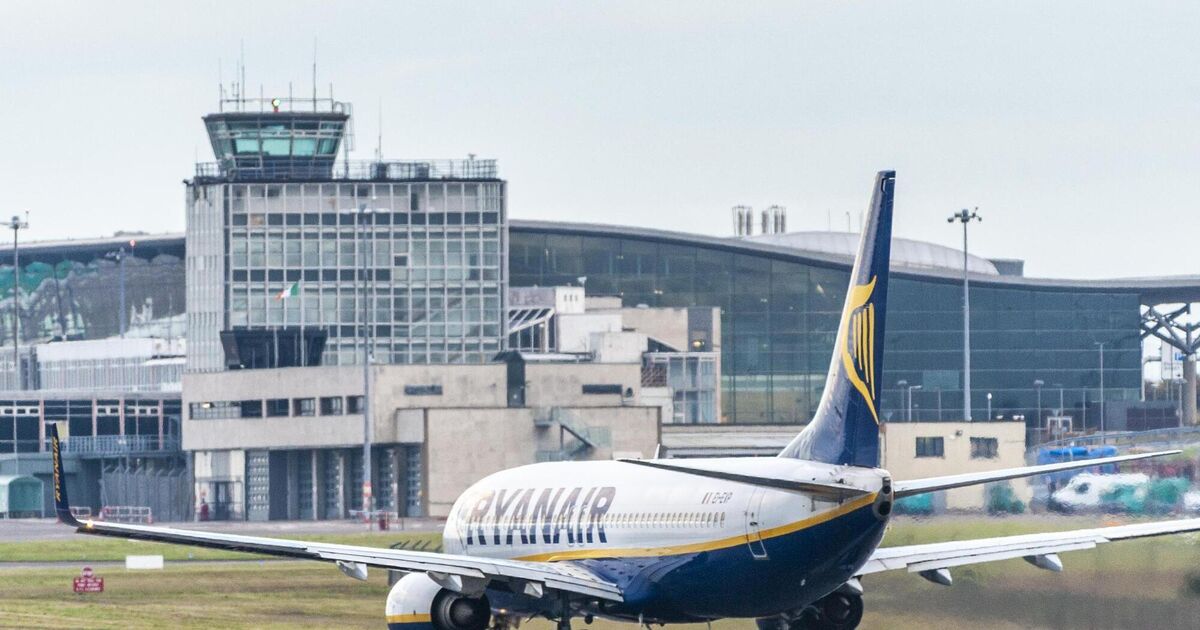 The Ukrainian Embassy in Ireland has asked Ryanair to stop charging its refugees so much money for plane tickets.

But, according to the war-torn country’s ambassador in Dublin, the low-cost airline has so far not agreed.

She also raised the issue again when she appeared before the Joint EU Affairs Committee in the Dail on Tuesday.

“One of our employees at the embassy had spoken with Ryanair last week and (Tuesday).

“Unfortunately, we are not receiving any response.”

His comments come after Irish Examiner reported last week that commercial airlines were being accused of ‘profiteering on the backs of human misery’ as prices for flights from Poland to Ireland fluctuated due to rising demand.

MEP Billy Kelleher has called on the government to charter commercial planes to fly Ukrainian refugees to Ireland due to the high costs of commercial airlines.

Prices range from as low as €30 per person to €300 per person, depending on demand in particular locations.

In addition, refugees have to pay around €125 each for airport taxes and other fees on top of the cost of their flights, and then an extra charge for their luggage.

The government is not considering chartering passenger flights to bring Ukrainian refugees to Ireland.

According to a statement from the Ministry of Justice, this is because the measure was not proposed at EU level.

the Irish Examiner repeatedly emailed Ryanair’s press office, made extensive representations to the company on Twitter and emails to Dublin PR firm Edelman – which represents Ryanair – were also forwarded by airline personnel.

Although he has not issued an official statement on the matter, Ryanair chief Michael O’Leary was approached and questioned by reporters about the prices of his flights to Cheltenham.

He said: “There are plenty of cheap flights there”.

Mr O’Leary also said there would be flights over the next few days priced at €20 and €50 one-way to various destinations in Europe from Poland.

He insisted: “We already transport thousands of refugees across Europe with fixed fares of €20, €30 and €50.

“This story that we are raising fares outside Poland is completely false.

“We have low fares from Poland available today, tomorrow and the day after, but if a flight fills up, the latest fares will be sold at the higher fares.

“That’s how our business works.”

Although there is no evidence that Ryanair deliberately raised airfares, there is plenty of evidence that business is business as usual at the airline – whatever your reason for wanting to fly to Dublin from Poland.

Last week, a range of flight fares from Poland to Dublin were valued at around €300.

Prices ranged up to around €150-€200 per person for flights between around 24 and 26 March from various airports in Poland to Dublin.

One way to access cheaper deals if you’re traveling with children is to book with the Family Plus option.

This means that children under 12 travel free and the package includes a discount on checked baggage.

However, all flight fares vary depending on flight capacity and certain restrictions apply with a Family Plus package.

There may also be a problem when you can actually fly.

A person traveling alone from Lodz to Dublin, for example, could take the earliest available flight – March 20 – without checked baggage for €160 one way.

But the earliest a single adult, with two 12-year-olds and an eight-year-old, could travel from Lodz was almost a month later, on April 16, when the price was just over €63.

Airline industry expert Eoghan Corry said: “Ryanair operates as it always has: the earlier you book, the cheaper the seats.”