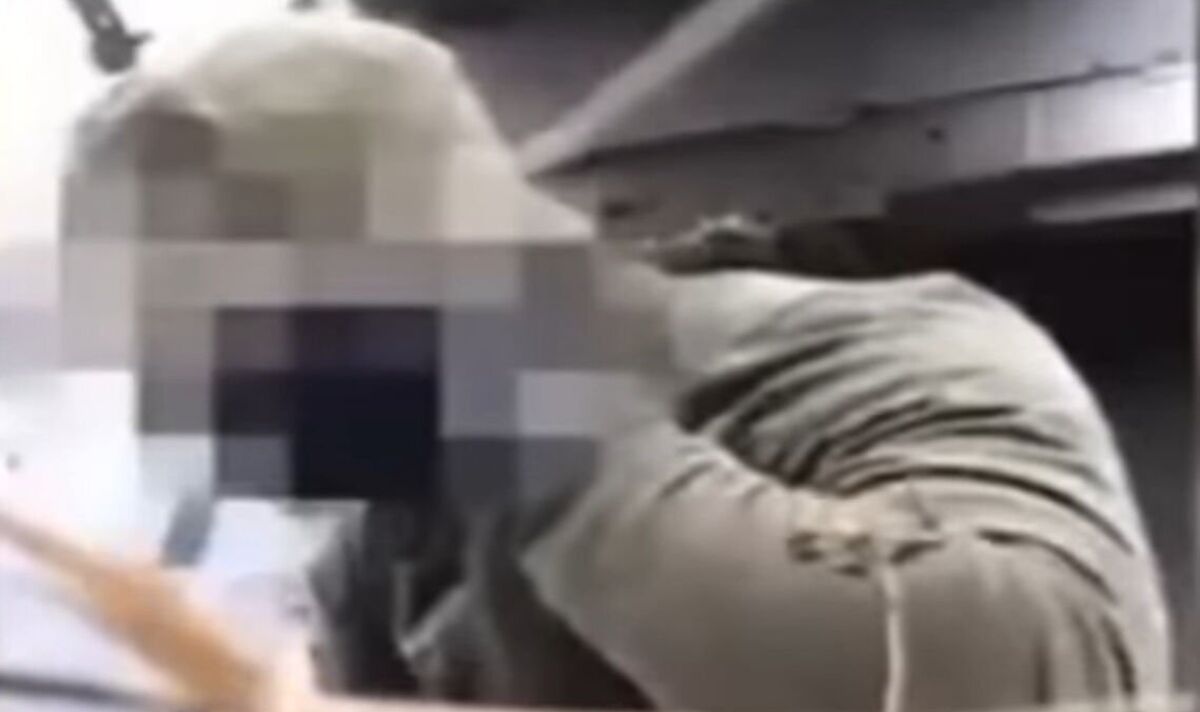 The unknown man can be seen in a clip accessing Veretye ​​airbase in western Pskov Oblast in Russia and can be seen planting what appear to be explosives on Russian military helicopters . New satellite images showed the saboteur successful in its mission, with one fire reported and at least three helicopters damaged.

Sharing the clip with her viewers, CNN anchor Ana Cabrera said: “We are getting a new video, I want to show you.

“Allegations that Putin’s military helicopters were sabotaged deep in Russia, more than 600 miles from Ukraine.

“You can see an unidentified man appear to prepare and place explosives on a plane.

“And sometimes he holds what could be a timer to his ear.”

JUST IN: Bank of England set to announce biggest interest hike in 33 years

Ms Cabrera added: “CNN traced this video to an airfield in Russia.

“Ukraine does not say directly whether or not it is responsible for this attack.

“But says the explosions were the result of mining and three helicopters were destroyed.”

Western officials have also speculated that Putin could sabotage energy supplies to European countries this winter.

Head of the Analytics, Energy and Climate Intelligence Unit, Dr Simon Cran-McGreehin, told Express.co.uk exclusively: “It reflects how seriously the government takes the risks caused by the ongoing gas crisis, and obviously we will depend a lot on whether the winter is cold.

“If that’s the case, we’ll have to use more gas. But across the continent, other countries will use more gas, so we’ll be less able to buy additional gas.

“It is also possible that Russia will cause further supply disruptions, interfering in different ways as it did last year.”