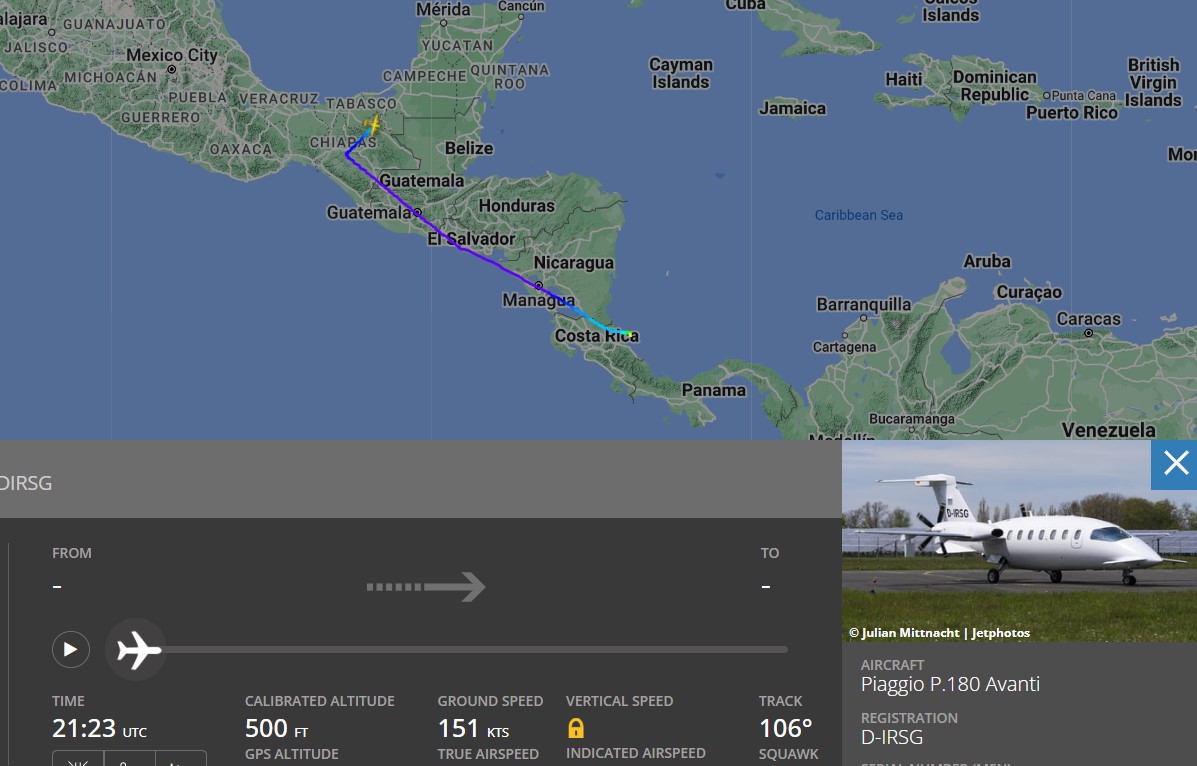 LONDON – A light aircraft with 5 German nationals on board has been missing off Costa Rica since Friday evening.

The plane, a privately owned pressurized twin-turboprop Piaggio P.180 Avanti with registration D-IRSG, had left Mexico for Limon, a coastal town on the eastern Caribbean coast of Costa Rica. All contact with the aircraft was lost around 6:00 p.m. local time Friday (12:00 UTC Saturday).

Although passenger details have yet to be officially confirmed, a spokesperson for McFit – Germany’s largest fitness center chain – has been reported by German newspaper Bild as revealing that the CEO and founder of company Rainer Schaller (53) and his partner Christiane Schikorsky and their two children Aaron and Finja were on board the light aircraft.

The Piaggio reportedly left Palenque in Mexico and was in the air for just over two and a half hours before radio contact was lost.

A search for the device, which disappeared from contact near the coast, was initiated by means of the National Coast Guard and aerial surveillance. Due to bad weather, the search was suspended.

Rainer Schaller (born January 4, 1969) is a German entrepreneur. He is the founding CEO of the RSG Group, which includes fitness studios McFit, John Reed and Gold’s Gym. The McFit gym chain has more than 200 centers throughout Germany as well as other European locations, and has more than 1.4 million customers.

Schaller made headlines following a tragic disaster during the 2010 Love Parade in Duisburg, when a stampede left 21 dead and 652 injured.

Search for missing planes to continue

Reports filter that pieces of wreckage consistent with an aircraft were sighted during a surveillance flight of around 28 km [17 mi] from Limón Airport, including what appear to be parts of a fuselage, seats and a bag.

This is a developing story. Check back for updates.