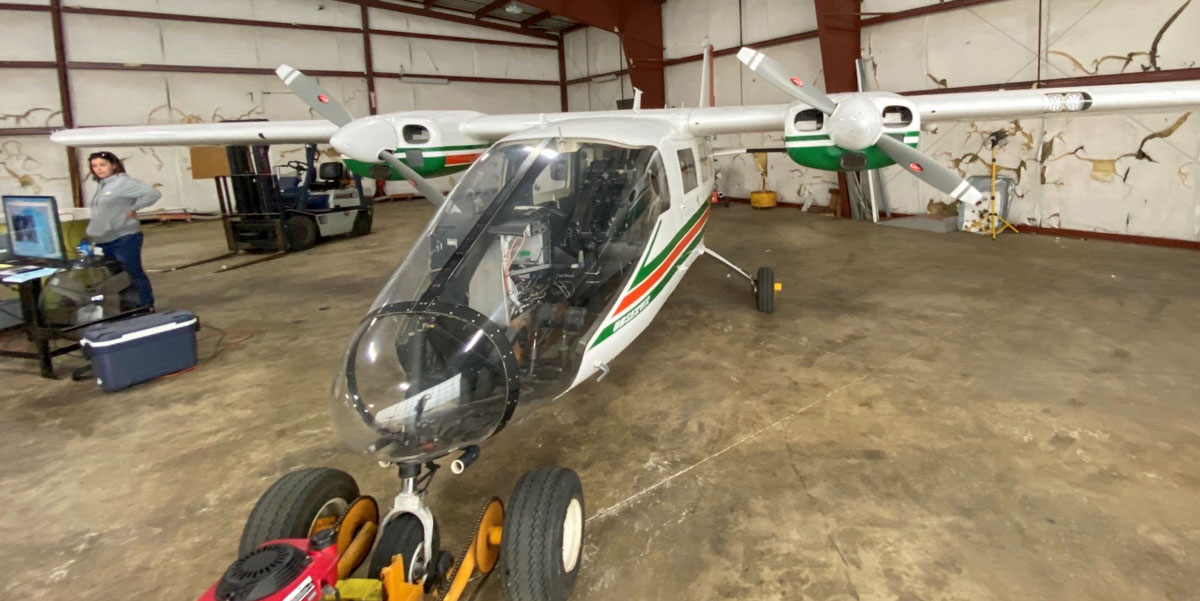 The Partenavia is unusual – most of the aircraft “skin” in front of the pilot is transparent plexiglass, providing exceptionally good visibility. The aircraft has seen many uses over the past 40 years, but its most recent function is as a platform for ODF night fire detection work. It is equipped with a forward facing infrared camera system (FLIR) coupled with an augmented reality mapping system.

During fire season, the Partenavia will fly at night to detect forest fires started by lightning. During his flight, the observer or the cameraman will search for hot spots using the infrared system located on the belly of the aircraft.

“The accuracy of Partenavia’s FLIR infrared camera system allows the observer to detect fires as small as a campfire from 12,000 feet in the air,” said Jamie Knight, flight operations specialist. “Once a wildfire is detected, the spotter can pinpoint the location and alert nearby fire protection agencies so they can quickly respond to the fire.”

In addition to detecting small fires, the Partenavia is also used as an “eye in the sky” for larger incidents. Once on top of the fire, the spotter can provide an overview of a fire and inform firefighters in the field of the progress and any changes in fire behavior.

During the summer months, the aircraft is based in Redmond to allow access to the entire state. 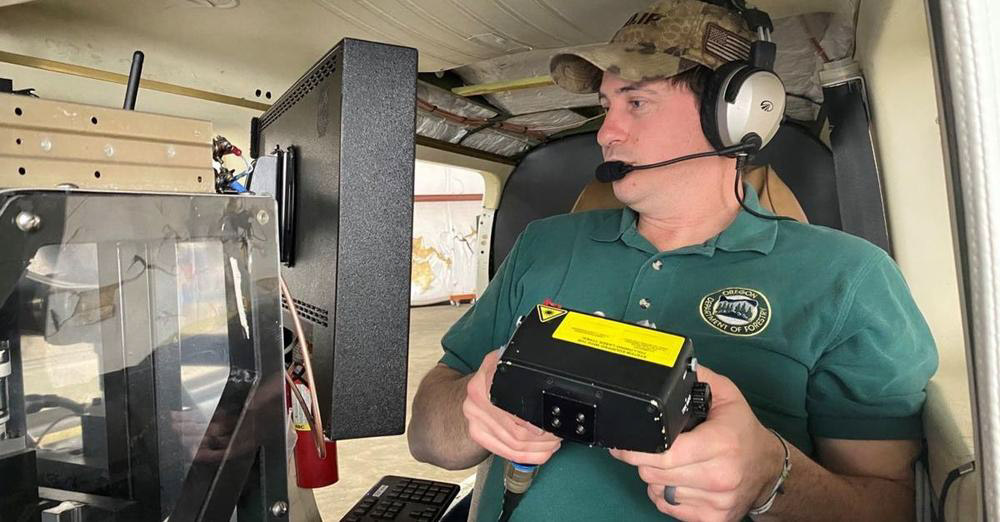