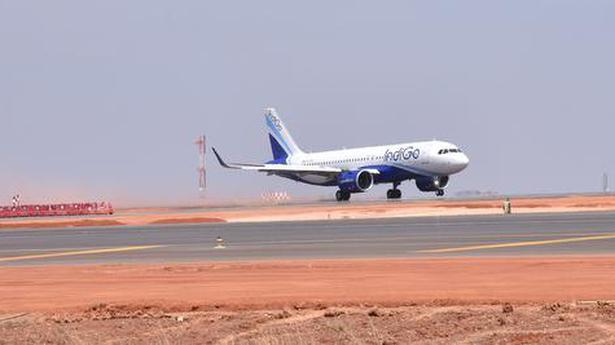 Two IndiGo planes nearly collided in mid-air as they took off from Kempegowda International Airport (KIA) earlier this month. The incident happened on January 7, when IndiGo flights 6E 455 from Kolkata and 6E 246 to Bhubaneswar were allowed to depart at the same time.

The KIA has two runways _ a north runway and a south runway. The runways are not used for simultaneous departures because flights taking off at the same distance may pass each other. In other words, parallel runway operations are not feasible from the airport.

“On the morning of the incident, the north runway was used for departures and the south runway for arrivals. Later, the shift manager decided to close the south runway but did not inform the air traffic controller in the south tower,” said a senior official from the Direction Générale de l’Aviation Civile (DGAC).

As a result, the two flights were cleared to take off from converging runways at the same time. This resulted in a situation where aircraft traveling in the same direction were about to collide. A radar controller saw this and immediately intervened to alert the aircraft.

The incident raises serious questions about the air traffic controllers’ failings that led to the incident as well as the failure of the Airports Authority of India and the airline to report it to the DGCA . “None of the entities involved shared the information. It was during our monitoring that we discovered this had happened,” the DGCA source said.

The DGCA is investigating the matter and said it would take the strongest action against those responsible for the incident.

Which plane matches your travel plans?

Marriott Hotels are getting rid of travel packages, effective immediately