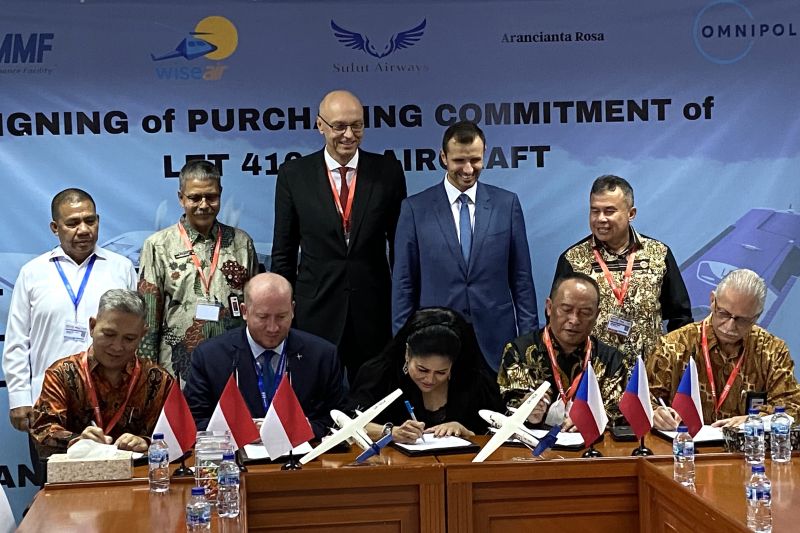 “So far, 18 units of the aircraft (will be) purchased (under the commitment),” Lusviana said after signing the purchase commitment during the Indo Aerospace Expo & Forum 2022. at Halim Perdanakusuma Airport here on Friday.

Of the 18 aircraft to be purchased by three Indonesian private airlines under the purchase commitment signed on Friday, 10 aircraft will be purchased by Sulut Airways, three by Wise Air and five by Star Wisata Air.

According to Lusviana, one of the advantages of purchasing the aircraft through his company is that its MRO (maintenance, repair and overhaul) is already available in Indonesia through cooperation with MMF.

“Therefore, every user (of the aircraft) can go to the MMF,” she added.

She said her team’s main goal is to build the aviation industry ecosystem in Indonesia.

Apart from this, she also noted that the other objective is to improve air connectivity to regions and islands in the country.

“What we see is that the function of this aircraft is to help community and regional governments carry out their activities,” she noted.

The L410 NG aircraft manufactured by LET Aircraft Industries is a versatile mission aircraft that can be used for various purposes, for example, passenger aircraft (19 seats), cargo aircraft, air ambulance and flying doctor, and maritime surveillance.

10 fastest unmanned planes in the world