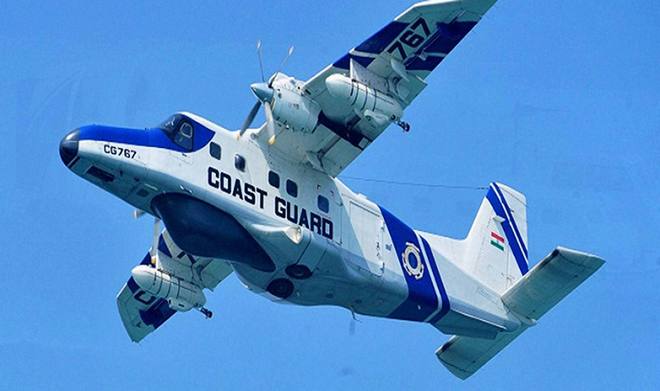 A Pakistan Navy warship which crossed the maritime border off the coast of Gujarat and entered Indian waters, was detected and forced to retreat by an Indian Coast Guard Dornier maritime surveillance aircraft.

According to government sources, this happened on the high seas at the height of the monsoon season in the first half of July, when the Pakistan Navy (PNS) ship Alamgir crossed the maritime border between the two countries and entered Indian waters on her side. .

Shortly after entering Indian waters, it was detected by an Indian Coastguard Dornier aircraft which was airborne after taking off from a nearby airport for ocean surveillance.

Indian agencies are very strict on maritime boundary laws and do not even allow their own fishermen to conduct fishing operations within five nautical miles of the border.

Sources said Dornier continued to hover over PNS Alamgir and had also attempted to establish communication with him by radio to find out his intentions, but the ship’s captain chose not to respond.

The Indian Coast Guard and the Indian Air Force are on watch along the Gujarat coast to prevent any mishaps. Pakistani activities, particularly in the form of narco-terrorism, have increased in recent years.

Indian Coast Guard Director General VS Pathania also visited the Porbandar area recently to review the readiness of the fleet. He also inducted new ALH Dhruv helicopters for coastal surveillance. The force’s hovercraft are also stationed in significant numbers in the area and conduct surveillance in both open seas and shallow waters. IANS