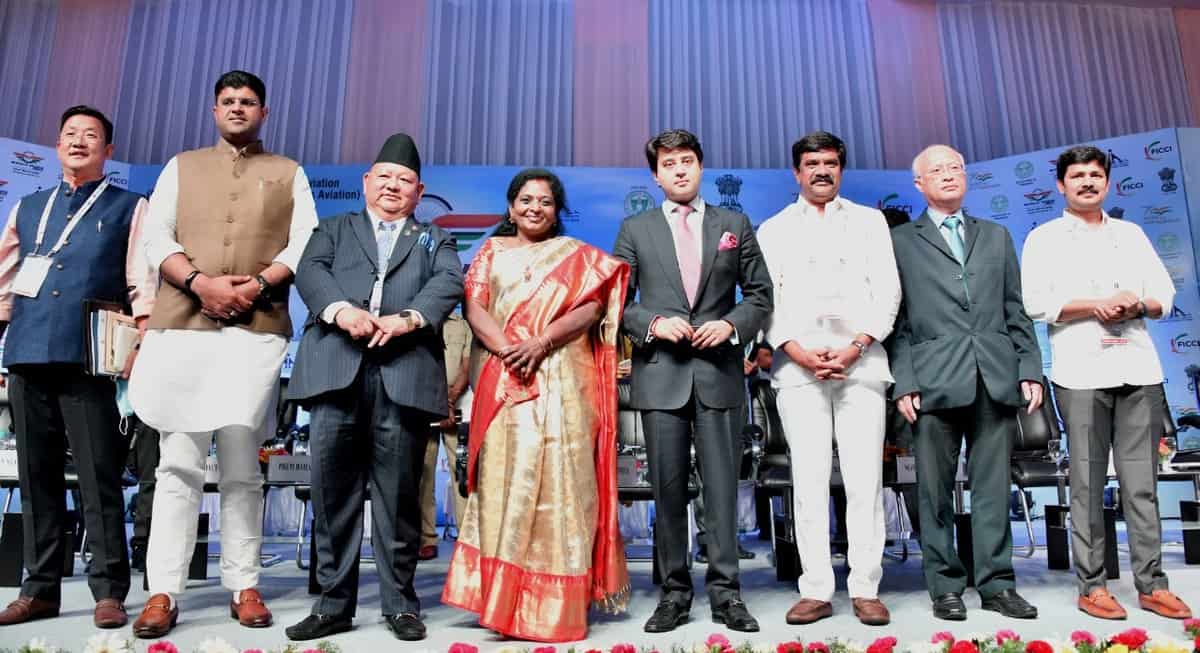 Hyderabad: Expressing optimism that the civil aviation sector will rebound after a difficult phase due to the COVID-19 pandemic, Union Civil Aviation Minister Jyotiraditya Scindia said on Friday that Indian airlines should adding 110 to 120 new aircraft each year in the coming days.

Expressing confidence that air traffic figures will rebound, the minister said domestic passenger numbers are expected to hit 4.10 million a day by next year and surpass that number by 2024-25.

“India is looking at tremendous expansion. Expansion in the field of airlines, expansion in the field of airports. And therefore, the increase in the fleet is also important. A country that had a fleet of just 400 planes in 2013-2014 has grown to a fleet of 710 planes over the past seven years, almost 310 more planes. And we intend to add at least 110 to 220 aircraft per year as we move forward,” Scindia said.

A senior Airbus official said on Thursday that the European aircraft maker expects India to need more than 2,200 planes over the next two decades.

According to him, India currently has around 9,000 pilots, of which 15% are women, well ahead of the global benchmark of 5%.

Regarding airline traffic figures, Scindia said domestic air traffic, which was 3.9 million passengers per day, fell to 1.16 million during the third wave under the Omicron variant of COVID-19. .

However, the numbers have rebounded to 3.83 million at present, close to the pre-COVID number of 4.1 million passengers per day.

And I am very confident that in the next year we will surpass the pre-COVID passenger count of 4.1 million and create a new all-time high in India, he said.

The number of international passengers which was close to 60 million in 2018-19 fell to almost 10 million after the COVID restrictions. The minister hoped that with the lifting of restrictions from March 27, the country will be reconnected to the rest of the world through normal flights.

The minister said no less than 66 airports including water ports have been developed in the past seven years and the government has increased the total number to 140 and plans to increase the number to 220 in the future. to come up.

Scindia said there are 34 flight training organizations in India and the government intends to increase their number.

He said the use of drones is an area that could make the country a world leader.

The minister said that every dollar invested in the aviation industry will triple and that every direct job will create 6.1 indirect jobs.

During the session, the Minister also launched a “Small Aircraft Sub-Program” aimed at facilitating and boosting regional air connectivity by creating a growth-oriented framework with a particular focus on operations using small aircraft, including seaplanes, according to an official statement.

The program aims to facilitate the creation of an ecosystem for small aircraft operations in the country by providing the framework to bring together relevant stakeholders such as States, airlines, airport operators and policy makers to contribute to the success of this initiative.