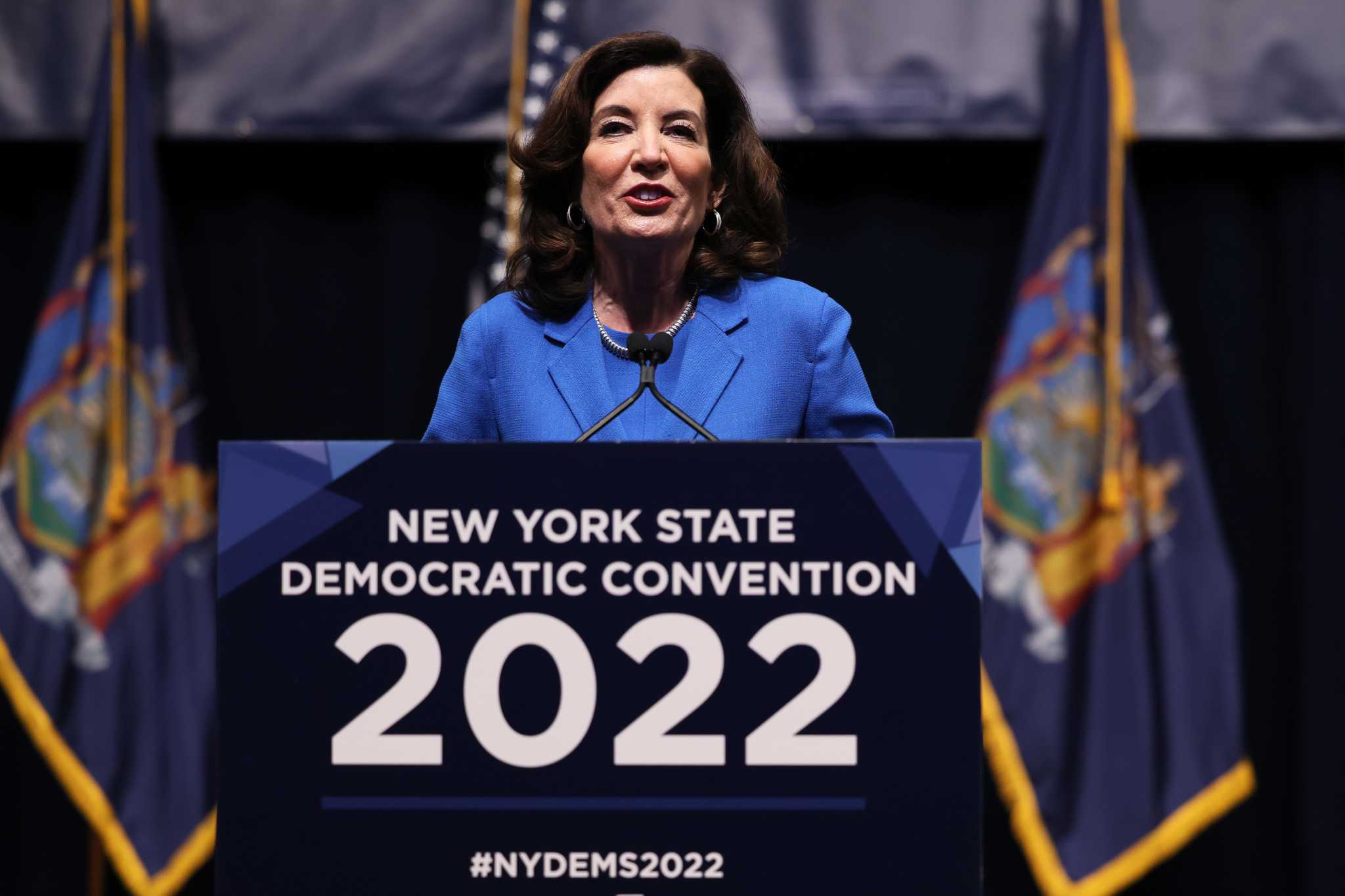 ALBANY — Gov. Kathy Hochul’s campaign has refunded taxpayers an additional $10,742 stemming from three days in which Hochul used state jets to campaign but misbilled taxpayers for the trip.

On Jan. 31, Hochul’s campaign delivered the check to the state commissioner of tax and finance, according to a copy obtained by The Times Union through a Freedom of Information Act request.

His spokeswoman said the refund followed a review by Hochul’s office that found taxpayers were incorrectly billed for individual air trips on Oct. 29 and Nov. 16, and for three flights on Nov. 22.

In total, Hochul’s campaign has now reimbursed taxpayers about $30,700 for six-day air travel at the end of 2021.

The Times Union first reported three problematic first days of air travel in Hochul in September and early October. These trips mixed campaign and state affairs, but the Executive House billed taxpayers for the full cost of each. In January, the administration told the Times Union it would review all flights; the campaign then reimbursed an initial amount of $19,949 for the three days of travel examined by the report.

Apparent breaches of ethics rules, based on a law prohibiting the use of state resources to gain ‘undue privileges’, emerged from the Times Union’s review of Hochul’s daily schedules since its first 45 days in power, from August 24 to October 9.

Its publicist, Hazel Crampton-Hays, said the administration is working to release its schedules on a quarterly basis, with the next batch arriving around April 1.

“Governor Hochul is committed to transparency, accountability and the highest ethical standards,” Crampton-Hays said in a statement. “Our Ethics Counselor conducted a thorough review of all aircraft usage and created additional controls and processes to better ensure continued adherence to the highest ethical guidelines. Since taking office, Governor Hochul has taken many steps to change Albany’s culture and restore trust in government, and we continue to take steps to provide the government that New Yorkers deserve.”

Across the country, it is currently “Week of the Sun,” an annual initiative designed to highlight the importance of government transparency. On Monday, Hochul’s office issued a press release touting the administration’s record on this front. Although Hochul’s office has made some progress — such as implementing a Cuomo-mandated policy that routed requests for sensitive documents through his office — it has been slow to provide sensitive documents at times.

Hochul’s office said there was an administration-wide effort to reduce the backlog of FOIL requests, but acknowledged there was still work to be done. The State’s Office of Information and Technology Services is currently working to acquire a software platform that will speed up and streamline the process of receiving, processing and responding to requests.

U.S. Representative Thomas Suozzi of Long Island, who is running against Hochul in the June Democratic gubernatorial primary, has repeatedly called on her to post her updated full schedules, which would include additional flight information. as well as the frequency of campaign-related Hochul “private events,” such as fundraisers and donor meetings.

In early January, Suozzi’s campaign submitted an open records request to Hochul’s office seeking documents related to his use of state planes and helicopters dating back to 2015 – his first year as lieutenant governor. – as well as other information on state aircraft.

Hochul’s campaign referred Suozzi to state police, who on Jan. 12 told his campaign there would be no response until at least July 7 — two weeks after the Democratic primary.

In January, the Times Union also requested records of Hochul’s flights since becoming governor. As with Suozzi, Hochul’s office responded last week — three months after the request was submitted — saying the records were being held by state police and that the Times Union should submit a new request to that entity.

In a statement, Suozzi’s campaign called it “absurd that the governor would refuse to release his timeline” and argued that the “obstruction” raises questions about what Hochul might be hiding about his use of state planes and campaign fundraising.

A state police spokesman, William Duffy, said Suozzi’s campaign received an “automatic response” from the agency saying the application would take 120 business days to complete. But Duffy said that in many cases “a decision is made and the tapes are provided before that date, depending on the amount of tapes and the capacity of the FOIL unit.”

Suozzi, meanwhile, hasn’t released any timelines detailing his day-to-day activities as a congressman or his own campaign-related activities. A spokesperson told The Times Union on Tuesday that the contestant would release schedules upon request, but further details were not immediately clear.

In January, Suozzi called for an investigation into Hochul’s use of state aircraft and asked the governor to refer the matter to Attorney General Letitia James’ office. Hochul refused.

In her first 45 days in office, the governor attended 64 “private events” related to her gubernatorial campaign, including donor meetings and fundraisers – a sprint that helped her campaign raise a record $22 million in mid-January.

Initially, the 45 flights Hochul took during those 45 days were billed to taxpayers.

As The Times Union previously reported, before Hochul became governor, his request to take a state plane to a campaign fundraiser in Buffalo was denied by a senior Cuomo official, who argued that such theft for non-governmental purposes would be illegal.

After Hochul became governor, however, she took a state plane from Syracuse to Buffalo to attend a private campaign event Sept. 19 — without conducting any state field activities before departing the next morning.

Hochul’s office, citing a 2013 state ethics advisory, argued the Sept. 19 robbery was legal because she was going “home” to a condo in Buffalo — although at that time There she officially moved into the executive mansion in Albany.

His campaign has now reimbursed taxpayers for use of the plane on Sept. 19, but it’s unclear how much of the reimbursement stemmed from the trip from Syracuse to Buffalo, and how much was related to a trip earlier the same day as the campaign. mixed and government affairs. .

COLORADO DIA TRAVEL: Travel tips to help you get cheap flights from DIA