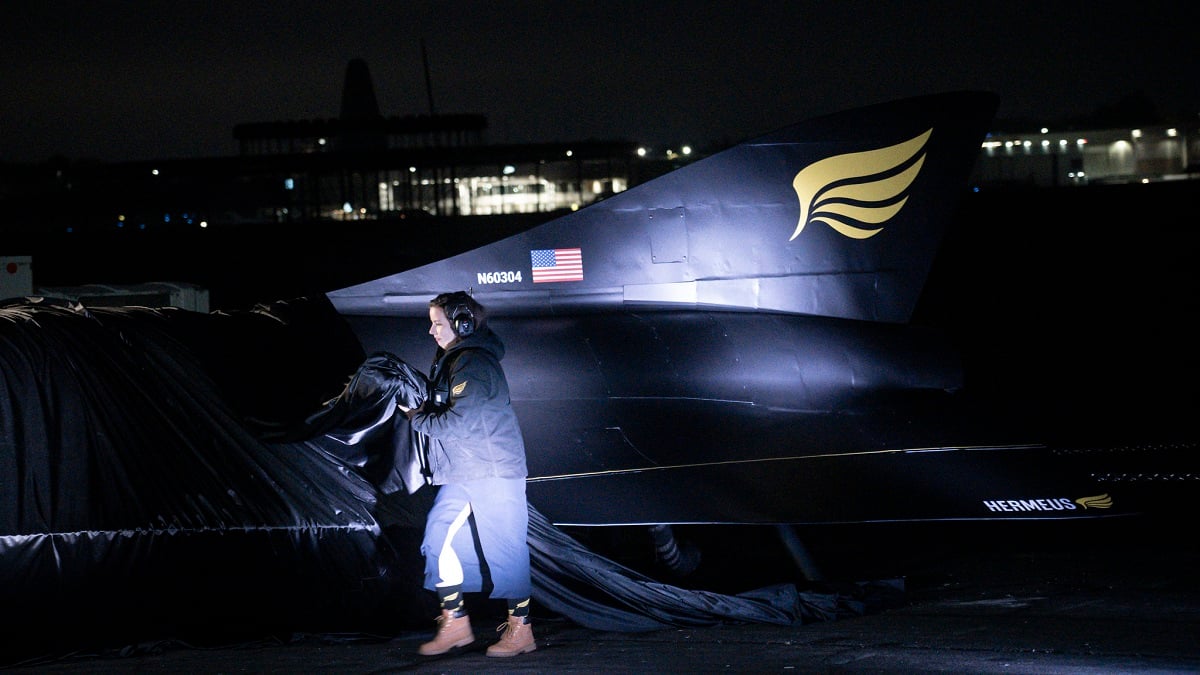 Hermeus Corp. said last week that he had demonstrated the transition from turbojet to ramjet for his Chimera turbine-powered combined-cycle engine (TBCC) – a cross between a turbojet and a ramjet – to enable reusable hypersonic aircraft to take off from regular runways.

“This is one of the most important technological feats to make operational hypersonic flight a reality,” Hermus said. “The cost and speed with which the Hermeus team has taken this step is remarkable. Hermeus designed, built and tested Chimera in 21 months for $18 million.

“At low speed, Chimera is in turbofan mode – just like any jet aircraft,” Hermeus said. “But as the temperature and speed of the incoming air increase, the turbojet engines reach their performance limit. This happens around Mach 2. Chimera has a pre-cooler which reduces the temperature of the air entering the turbojet engine. This allows Hermeus to squeeze a bit more performance out of the turbojet before switching to the ramjet. At around Mach 3, Chimera begins to bypass incoming air around the turbojet and the ramjet takes over completely. “

In August last year, the US Air Force announced that it had awarded a $60 million contract to Georgian company Hermeus to accelerate the commercial development of hypersonic aircraft and propulsion systems (daily defenseAugust 5, 2021).

Hermeus said it plans to build its first hypersonic drone, Quarterhorse, and begin flight testing it late next year. Hermeus is also developing Darkhorse, an unmanned aircraft capable of supporting hypersonic flight, and Halcyon, which will be a commercial Mach 5 passenger aircraft.

“The contract establishes a number of goals for Hermeus to achieve within three years,” the AFLCMC said last year, including improving understanding of the enabling technology and mission capabilities of hypersonic aircraft. reusable; scale-up and flight testing of a reusable hypersonic propulsion system; develop, build and test three of Hermeus’ Quarterhorse concept aircraft; provide payload integration guidance for future hypersonic flight testing with Quarterhorse; and provide wargaming data for use in Air Force strategic analysis tools.

Following the three-year contract with Hermeus, the Air Force plans to evaluate the company’s progress, hypersonic maturity, and alignment of Hermeus’ effort with service priorities.

In May, RTX Ventures, a capital investment group led by Raytheon Technologies [RTX]said it made a strategic investment in Hermeus to develop commercial and military hypersonic aircraft (daily defenseMay 12).

“Hermeus’ TBCC engine is unique in the hypersonic field,” the company said. “Most hypersonic platforms are powered by a rocket engine. But this approach makes reuse much more difficult and inherently more dangerous for passenger flight. By building a full-range air-breathing hypersonic engine that does not require acceleration from a rocket, Hermeus is paving the way for operational hypersonic flight, that is, an aircraft that can be quickly reused.

The global aircraft pushback tug market is expected to grow at a steady CAGR of 5.4%, with a total revenue of US$6.5 billion during the forecast period between 2022 and 2032