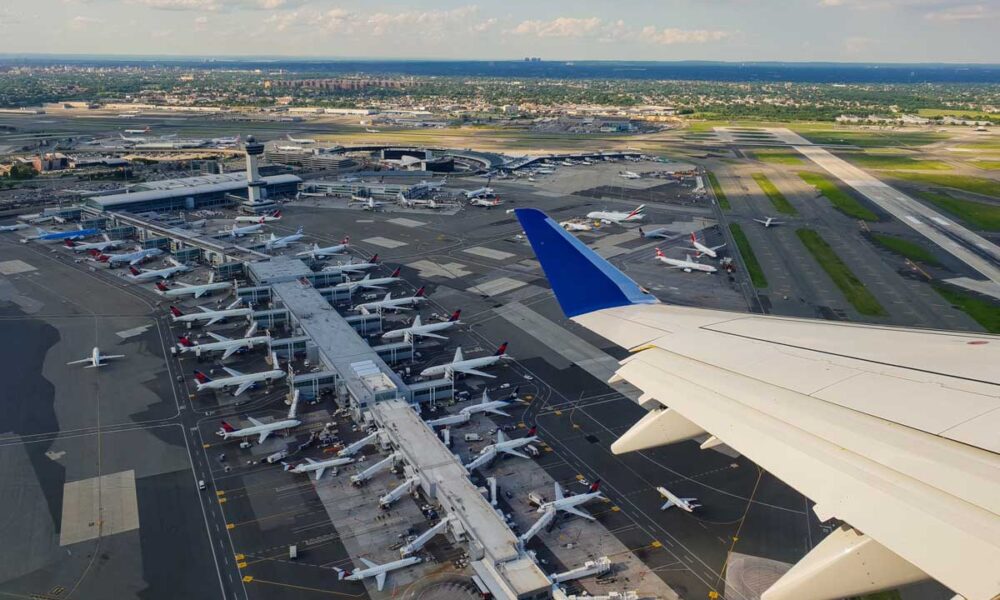 As the aviation industry emerges from the impact of the COVID-19 pandemic, when passenger numbers plummeted, flight numbers are rising again. The industry is recovering to pre-pandemic levels of passenger air travel, with some estimates predicting growth of more than 40% by 2050.

In general, crises aside, passenger air travel tends to double every 15 years, with the aviation sector also proving to be one of the sources of greenhouse gas (GHG) emissions fastest growing. It currently accounts for 2% of global GHG emissions, but is projected to potentially triple by 2050 from 2015 levels on its current trajectory.

Given that the European Green Deal calls for climate neutrality by 2050, a green reset is needed to improve aviation sustainability. Follow the link to find out more about the measures the EU is advocating to reduce aviation emissions.

Many projects are underway for aviation to follow suit, but they face many challenges, not the least of which is battery weight. Follow the link to read more about sustainable aircraft design in Horizon Magazine.

Still, finding environmentally friendly alternatives that are both efficient and cost-effective is of “paramount importance”, said Fabio Russo, head of research and development at aircraft manufacturer Tecnam in Capua, Italy.

As aircraft that tend to be relatively small, the H3PS initiative sees them as a first step towards developing electric propulsion systems for larger flights.

“We need environmental solutions today, and the H3PS project was done to prove it was an efficient, lightweight and scalable solution,” Russo said.

“Scalable means you can scale this concept from a four-seat plane to an 11-seat plane or possibly more seats.”

The project also involved Rolls-Royce and engine manufacturer Rotax. One of his goals was to fly a four-seat aircraft powered by what’s called a “parallel hybrid powertrain” – combining both a traditional internal combustion engine and an electric motor.

The hybrid propulsion system can give the plane a “boost” of power during phases of flight such as takeoff and climb, Russo explains. With a hybrid you can, for example, use a fuel engine with less than normal power and fill the gap so that the plane takes off and climbs with an electric motor.

“So you can have access to a fuel-efficient engine,” Russo said.

This approach reduces motor size and weight, allowing the electric motor battery to be included without adding significant weight to the system.

At the end of last year, the project successfully took off with its Tecnam P2010 H3PS aircraft. As the first four-seater to do so using a parallel hybrid system, H3PS highlighted the achievement as “a major step in the aviation industry’s journey towards decarbonization and R&D on alternative powertrains”.

Nevertheless, Russo stressed that the project was aimed at demonstrating the feasibility of such an aircraft rather than creating a product for the market. There is still some way to go to make this a large-scale reality, he said.

“There are still a lot of limitations in economic terms behind the development of this type of engine and aircraft,” Russo said.

One of the biggest limiting factors is the way batteries deteriorate as they charge. That means there’s a high cost to keep replacing them in a timeframe that, at present, Russo estimates could be as short as a few months.

He believes the improvements are based on a genuine desire, backed by support from the battery manufacturing industry, to drive battery technology, while reducing shipping and dismantling costs and improving the circular economy. .

“A local economy for battery manufacturing is key,” Russo said. “This also means that CO2 is not only saved during operation, but well before and after the battery is used in an aircraft.”

He added that for aircraft components as a whole, the focus should be on the complete end-to-end life cycle and product impact.

Russo believes these hybrid aircraft could become more economically viable by around 2030, with the potential to save significantly on emissions in certain phases of flight.

A test carried out by his team indicated a potential reduction of 50% in carbon emissions during takeoff and initial climb, and 20% during the entire three-hour journey, suggested by the lesser amount of fuel used.

“At the end of the flight, when we measured the fuel we consumed, the difference was remarkable,” Russo said.

Other projects are investigating how to optimize different components for future electric-powered aviation systems to make them as light as possible, as well as safe and efficient.

For example, the EASIER project designed systems to limit electromagnetic interference (EMI) between components that could affect the operation of an aircraft.

The team is also investigating thermal methods to better dissipate the heat generated by electrical components. All this while trying to ensure that the aircraft remains light, taking into account the size and weight of current batteries.

Dr. Ignacio Castro, Senior Principal Engineer at Collins Aerospace, based in Cork, Ireland, is the coordinator of EASIER. He said the project was looking at EMI filtering and wiring options with lower volume and weight for aircraft electric powertrains, as well as “two-phase” cooling systems and methods to improve heat transfer rates. out of an airplane.

He explained that there is a need to prepare now for the long-term future of power systems. “Any modification we make to an aircraft to make it more environmentally friendly could potentially increase the weight of the aircraft,” Dr Castro said.

“It also increases the amount of fuel consumed, so we might not have an aircraft fully ready for flight. We need to make things smaller.

Some of EASIER’s upcoming work involves further investigation of trade-offs between methods. “The idea is that we’ll see how thermal systems affect EMI and vice versa, to see what the implications are,” Dr Castro said.

There are all sorts of other trade-offs to understand when it comes to making electric planes. For example, while reducing the weight of objects, it can also cause them to heat up faster, much like a small house heats up faster when heated. “It’s kind of a trade-off between weight, size, and efficiency, and it’s not that simple,” Dr. Castro said.

He added that integrating all of the individual technologies into a well-functioning overall aircraft system will be key for future research.

“It’s about understanding what architectures need to look like to be made as efficient as possible,” Dr. Castro said.

Comparing it to building, he pointed out that you can’t just put bricks together in any way to create a building. “You have to put things together in a smart way in the context of power supply,” he said.

Although there are many complex problems to solve in electric aviation, Dr. Castro thinks things are starting to move in the right direction. “I think we’re taking the right path towards hybrid-electric aviation, and there’s a lot of interest and lots of programs,” he said. “That would be the first step to start reducing carbon emissions.”

It is also essential to guarantee the proper functioning and security of these new systems. Safety is paramount and a single accident is enough to generate headlines and a lot of fear.

This means that you have to be very careful with developments. “There is a risk of saying things are going to be great, especially when things need to be extremely reliable for aircraft,” Dr Castro pointed out. “It’s a paradigm shift in technology.”

There are also a lot of investments needed and many issues to be resolved in the coming decades, he said. “The challenge of achieving net-zero emissions in the EU by 2050 is a huge challenge, and I don’t think anyone at the moment has a definitive answer,” Dr Castro said. “That’s the million dollar question.”

The research in this article was funded by the EU and originally published in Horizonthe European magazine for research and innovation.