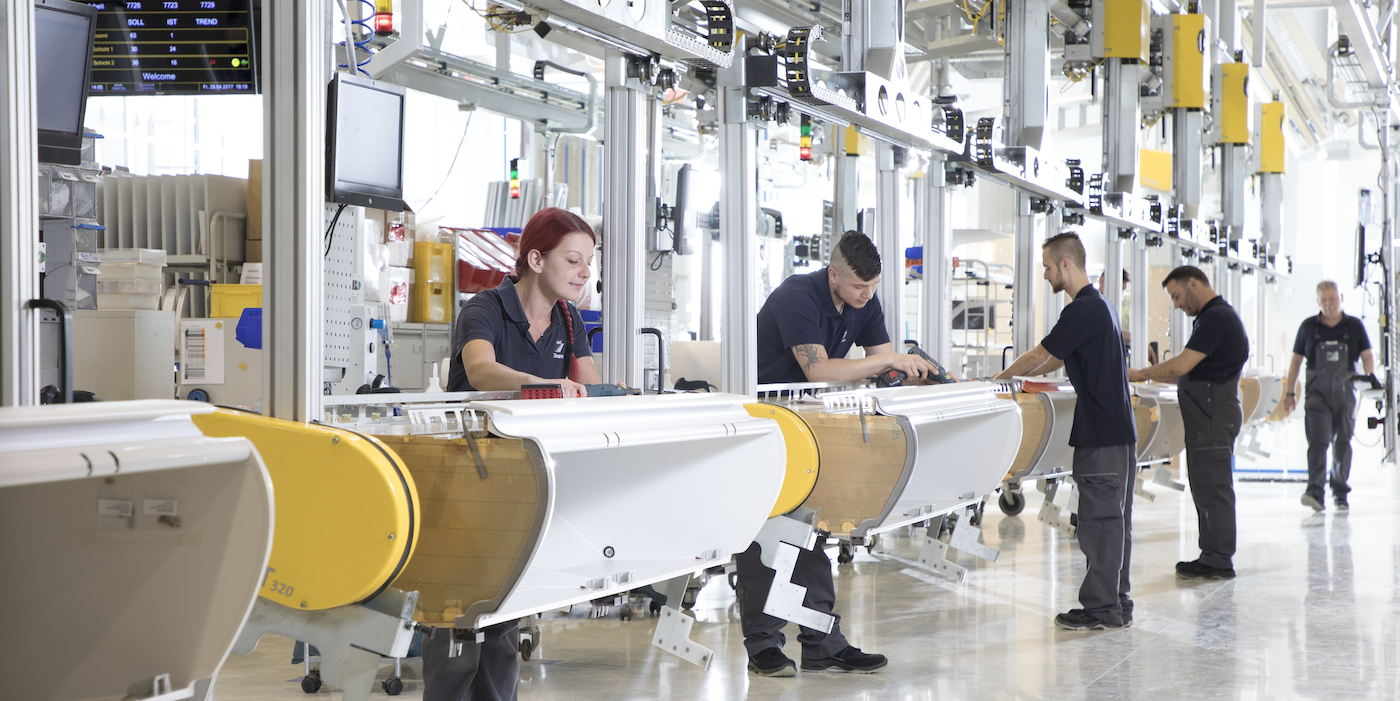 FACC reports significant revenue growth in the second quarter of 2022

According to FACC’s financial results for the first half of 2022, the positive development trend in the aviation market continued in the second quarter, with the cabin interiors company recording a 12 year increase in revenue. .5% compared to the first half of the previous year.

“Due to the positive development in the aviation industry, the demand for new and more efficient aircraft is once again increasing significantly. FACC is able to benefit from this trend through its long-term supply contracts with all aircraft and engine manufacturers, and anticipates a continued increase in demand,” reads a company statement. “With orders of approximately 13,000 aircraft from all major manufacturers as well as a large order from Archer Aviation, all signs point to growth.”

The Austrian company has also opened its new factory in Croatia to meet higher future demand. Since the beginning of 2022, 200 new employees have been hired across the FACC group, and the workforce will be increased by 500 additional employees in the next 12 to 18 months.

As the economic and disruptive effects of the pandemic fade in many parts of the world, the military conflict between Russia and Ukraine has raised new issues. However, the FACC says it had no direct impact on its operations: indeed, its EBIT doubled from this period in 2021. The company does not source materials or services from the Russia or Ukraine, and even before the imposition of sanctions against Russia (FACC also suspended the supply of components to Russian customers), sales of products with Russian aircraft were low, at around 1 million euros per year.

Regarding energy issues arising from the conflict, in March 2022, shortly after the invasion, investments were initiated for the FACC to become completely independent of natural gas supply, allowing manufacturing operations without the use of gas natural in the months to come. In total, fossil fuels represent 18% of FACC’s energy mix. As the company has been committed for years to sustainable energy management, the use of geothermal energy and green electricity has become a key strategic advantage for FACC. By 2040, the company aims for all of its production to be CO2 neutral.

Despite the challenging global environment, FACC’s outlook for the second half of 2022 remains unchanged given its current order situation. For the full year, the company’s management expects revenue growth of around 10% and a tripling of operating EBIT compared to the previous year.

This forecast is supported by the positive development in aviation, with short and medium-haul air traffic volumes expected to return to 2019 levels in 2023, and intercontinental air traffic recovering as expected. The company is also pleased with the evolution of aircraft construction rates for the Airbus A320. Over the next 18 months, demand for the aircraft is expected to increase by a further 20%, with FACC benefiting strongly from this development as 30% of FACC’s sales are generated by operators of this aircraft.

Another favorable development is the completion of the flight test program for the Comac C919, a Chinese medium-haul aircraft with a capacity of up to 150 passengers. The C919 type certification, and thus also the start of series production, should take place by the end of the year. FACC is supplying the entire C919 passenger cabin, as well as its wing components and fuel efficient winglets.

This temple is a great edifice of spiritual solitude, divine love and Vedic knowledge in the United States