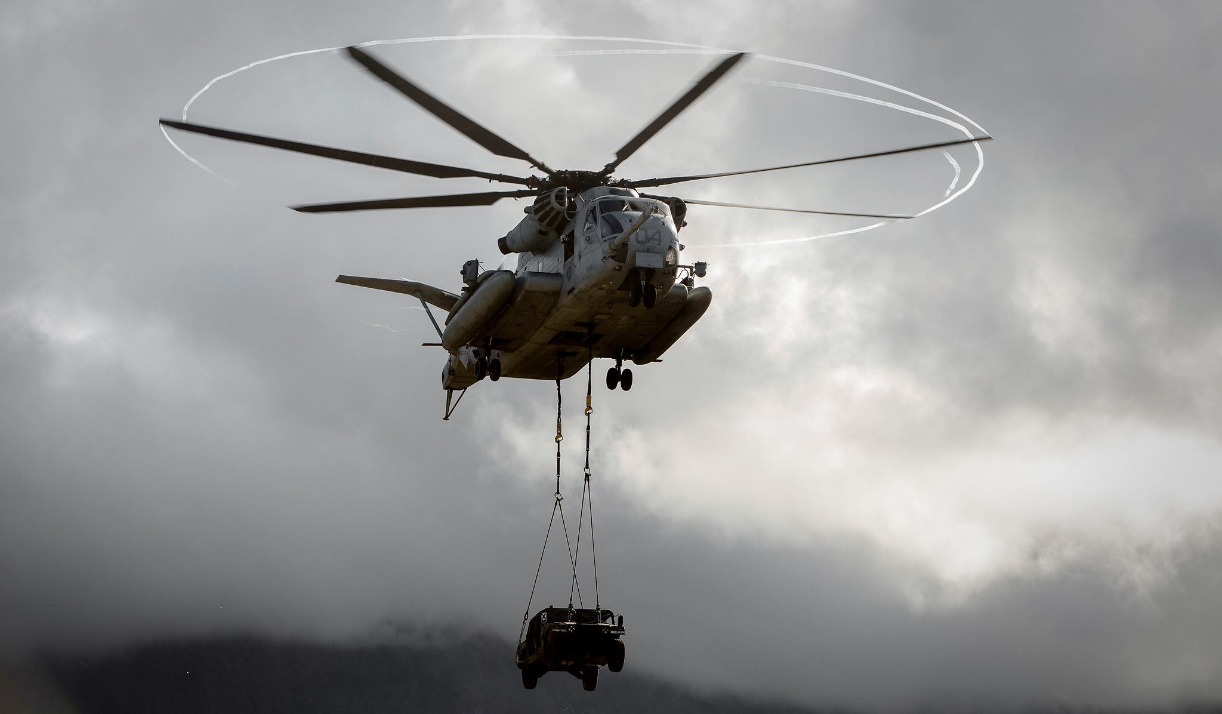 The Defense Advanced Research Projects Agency, the secretive group behind some of America’s most radical and advanced defense projects, wants to “revolutionize” heavy air life with a large, low-cost seaplane.

Specifically, DARPA wants to “demonstrate a leap in operational logistics capabilities by designing, building, and flying a long-range, low-cost X-plane capable of strategic and tactical sealift. According to a recent press release, the new vehicle concept aims to extend existing cargo aircraft by proving groundbreaking heavy airlift capabilities from the sea.”

“The envisioned aircraft will combine fast and flexible strategic transport of very large heavy loads with the ability to take off/land in water. Its structure will allow both very controlled flight near turbulent bodies of water and flight sustained at medium altitudes.In addition, the aircraft will be built with a low-cost design and construction philosophy.

A video released by DARPA with the press release illustrates what the plane might look like. Their ekranoplan is a twin-body cargo aircraft that takes advantage of ground effect, an aeronautical phenomenon that gives extra lift to aircraft flying at very low altitudes just above the ground or ocean surface.

Although new, the aircraft would not be the first of its kind. The Soviet Union developed what is probably the best known of these aircraft types during the Cold War. Although large and fast, the Soviet foray into ekranoplanes suffered from poor maneuverability and could only operate in calm waters.

Interestingly, the plane – sporting a blue-gray ocean camouflage scheme – drops a pair of what appear to be US Marine Corps amphibious combat vehicles onto a palm-covered island, highlighting the applicability of the plane to the Indo-Pacific area.

“This first phase of the Liberty Lifter program will define the range, payloads and other unique parameters of the seaplane,” explained a program manager in DARPA’s Office of Tactical Technology. “The innovative advancements envisioned by this new DARPA program will feature an X-plane demonstrator that provides warfighters with new capabilities during extended maritime operations.”

DARPA has three crucial challenges to overcome: range, affordability, and maneuverability. First, the ability to operate in maritime environments that are not calm will be crucial to the utility of the aircraft. And rather than fielding the perfect, expensive aircraft, DARPA is prioritizing low-cost, lightweight designs. Finally, new jumbo jets must have the necessary controls to maneuver regardless of sea state or ocean obstacles.

Although not yet in production, DARPA’s ekranoplane looks promising for bringing mass to distant combat if the design details above can be successfully incorporated.

Caleb Larson is a multimedia journalist and advocacy writer with National Interest. A graduate of UCLA, he also holds a Master of Public Policy and lives in Berlin. It covers the intersection of conflict, security, and technology, focusing on American foreign policy, European security, and German society for print and radio. Follow him on Twitter @calebmlarson