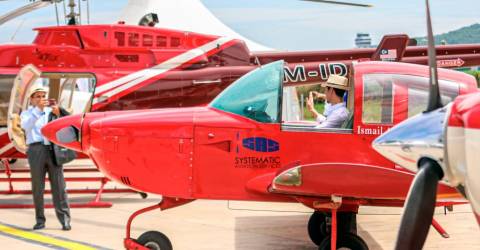 Checks on private planes intensify ahead of GE15

PETALING JAYA: With a surge in the use of private aircraft during the 15th General Election Season (GE15), the Civil Aviation Authority of Malaysia (CAAM) is making every effort to ensure the airworthiness of aircraft and the passenger safety at the highest level.

CAAM CEO Datuk Capt Chester CS Voo said yesterday that the increase was for both fixed-wing and rotary-wing aircraft.

“CAAM has been consistent in the safety oversight of all aircraft in Malaysia. CAAM’s Flight Operations and Airworthiness Division ensures that leased helicopters are airworthy and operated within the approvals granted. to AOC holders,” he said. the sun, adding that CAAM will also release safety information on adverse weather operations.

He said an aviation safety briefing will be held for operators before the middle of the month and similar briefings will also be held for air traffic controllers on communications with foreign pilots who will fly to Sabah and Sarawak.

He said there are 10 airlines that operate helicopters in Malaysia which will be the main providers of charter flights during GE15, adding that helicopters will be used to pick up ballot boxes from 250 locations across Malaysia.

“As of Saturday, we have records of 26 helicopters, 17 of which are foreign registered, which will be used in Sarawak, 17 in Sabah and seven on the peninsula. We expect to see more flight approvals in the coming days. CAAM and the airlines concerned make every effort to ensure that all aircraft and their crews are certified fit and hold valid licenses.

Voo said he expects a 10% increase in passenger volume for general airlines and helicopter operators in Sabah and Sarawak during the GE15 season, with Malaysians flying to their respective constituencies for vote.

Asked about the two recent helicopter crashes in September and last month, Voo said the most crucial factor in flight safety is a robust safety management system within an airline, which includes open reporting methods, problem resolution, and safety promotion and review.

“Through our oversight, CAAM will continue to reach out to all aircraft operators to promote safety to prevent any accidents.

“Our inspectors will be on the ground to carry out ad hoc monitoring to ensure that all aircraft operators are complying with the applicable rules. The team overseeing this will be led by me and assisted by the deputy CEOs of CAAM, the Capt Norazman Mahmud and Zainul Abidin Maslan, to manage aircraft regulatory issues and air traffic control services.

Regarding the use of drones during GE15, Voo said drones will only be allowed to fly with approvals granted by CAAM.

He said that in the interests of public safety, such approvals will be issued to applicants who are certified drone operators and who have submitted documents with a full risk assessment of the location where the machines are to be used.

“Our top priority is public safety, which will never be compromised. Regarding the use of drones in floods and disasters, CAAM will work closely with relevant government agencies and grant rapid approvals after conducting risk assessments due to the rapid need for humanitarian assistance. and disaster relief,” he said.