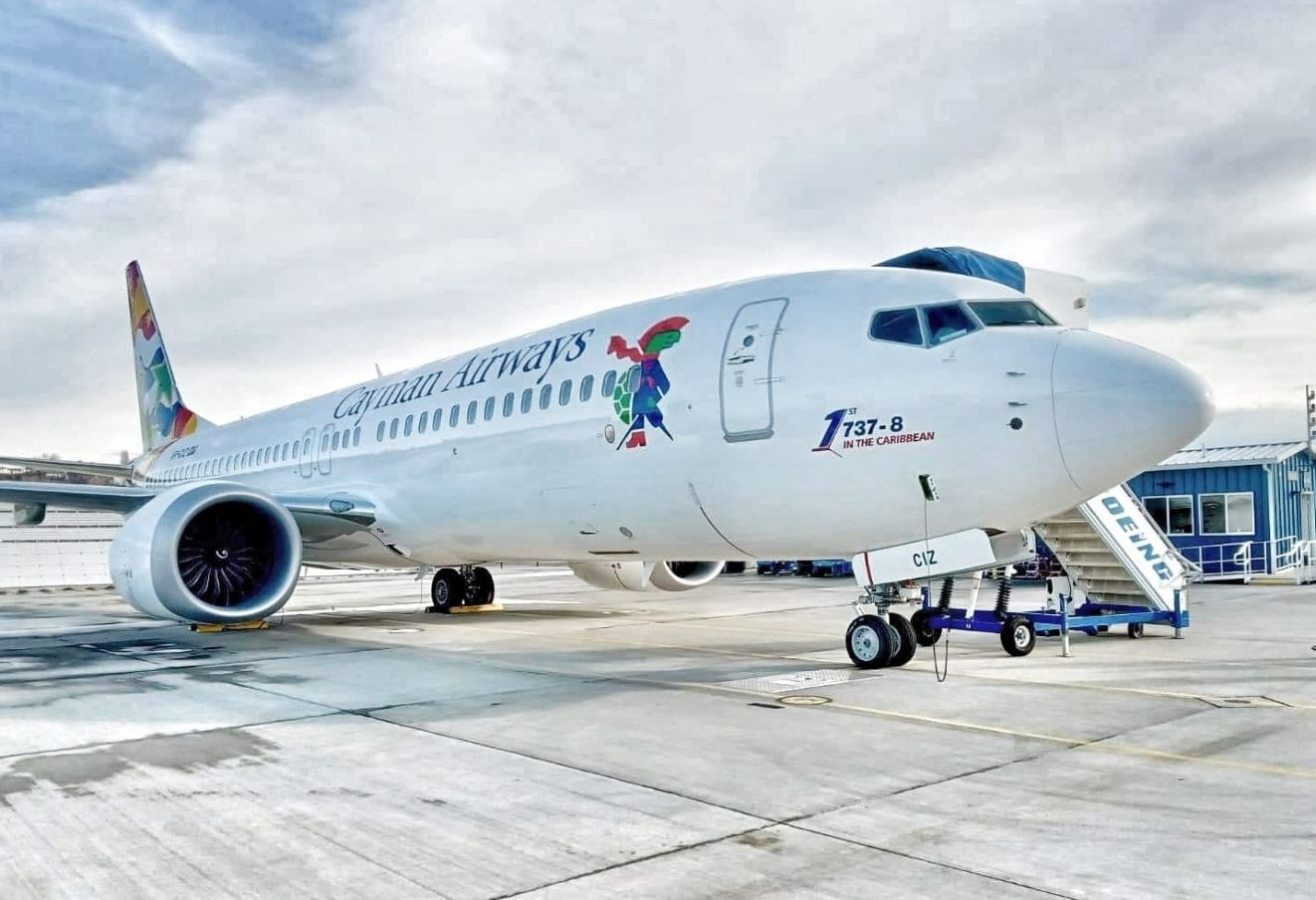 Cayman Airways Limited (CAL), after being the first Caribbean-based airline to introduce the Boeing 737-8 aircraft to its fleet in late 2018, yesterday (January 19) took delivery of its fourth B737-8 aircraft from ‘Air Lease Corporation (ALC) at the Boeing Delivery Center in Seattle, Washington.

This delivery, combined with the 2021 retirement of the National Flag Carrier’s last Boeing 737-300s, which were over 25 years old, further solidifies its position as the owner of the region’s newest fleet of jet aircraft in the world. ‘actual hour.

This is the final delivery of four aircraft to which Cayman Airways committed through operating leases from ALC in June 2016 after a competitive bidding process, and marks the conclusion of a five-year fleet modernization program. This fourth state-of-the-art Boeing 737-8, registration VP-CIZ, is scheduled to arrive in Grand Cayman late afternoon on Thursday, January 20, 2022, and Cayman Airways plans to put it into service. aircraft for service by February 2022.

“Cayman Airways currently operates three B737-8 jet aircraft which have been delivered new to the airline, and the delivery of this new fourth B737-8 will help provide the redundancy needed to deal with the unforeseen circumstances that often arise on the busiest days. more loaded. to travel,” said Cayman Airways President and CEO Fabian Whorms.

“We look forward to providing enhanced service by being able to distribute our current flights across more aircraft, which will provide greater schedule flexibility and an increased level of redundancy when operational challenges arise. .”