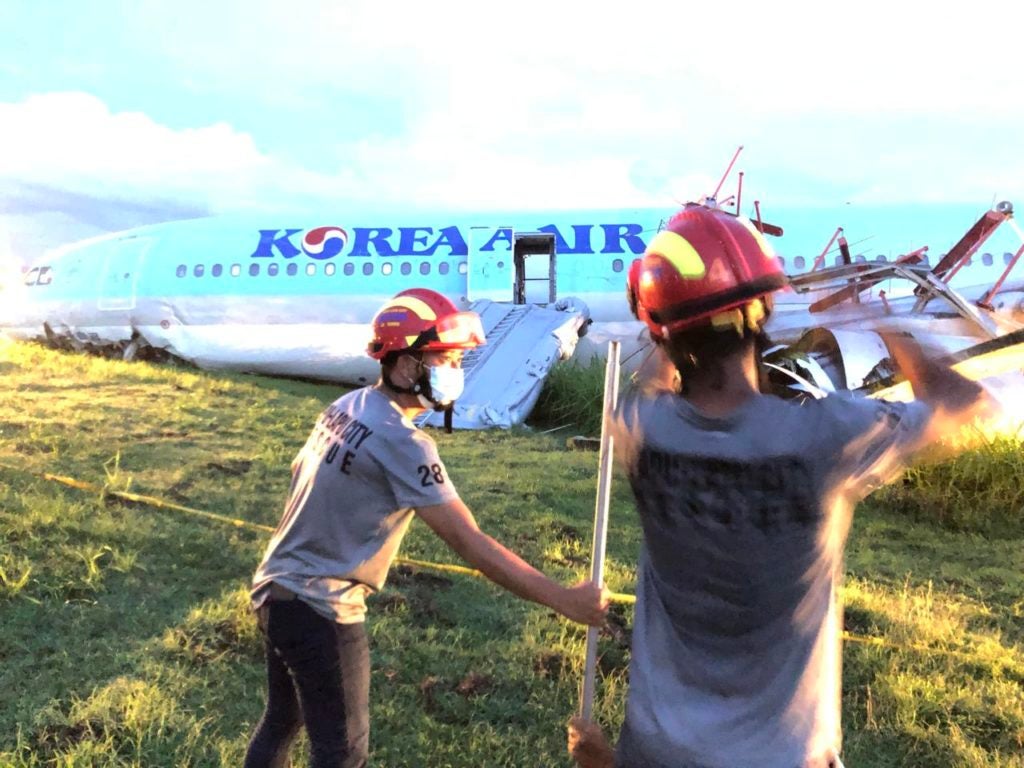 This was clarified by Florentino Galan Jr., Air Traffic Management Officer III of the Civil Aviation Authority of the Philippines (CAAP).

Galan said distress assistance was communicated to them by the approach control office in Manila after the plane experienced a problematic touchdown that resulted in a runway overrun crashing into the lights. approach beyond the threshold of runway 04.

The problematic landing was caused by bad weather due to heavy rain and thunderstorms.

The incident resulted in significant damage to the aircraft’s cockpit and nose.

“Declaring distress assistance as the operator of the postal control service which is also the air traffic service facility. After that, the air staff on the other side of the office told us that the The plane needed assistance, then after certifying the report, we started the emergency procedure while the plane naa pa ilang position,” said Galan.

(The aircraft declared distress assistance from the other office, the post control department, which is also the air traffic service facility. After that, the aircrew on the other side of the office us said the plane needed assistance, then after certifying the report, we initiated the emergency procedure while the plane was still at its position.)

Galan said that even before the plane entered their jurisdiction, their emergency personnel were already in place.

He also said that although they had already placed the airport on Lightning Alert Level 1 due to a thunderstorm, he assessed the plane was still safe to land at the airport.

Flight diversion was also not recommended during this time for the arriving aircraft.

“There are two flights ahead of them (which) have landed,” he added, adding that the first two planes landed safely before Korean Air flight KE631.

Currently, the CAAP Aircraft Accident Inquiry and Inquiry Board (AAIIB) is investigating the incident to determine the cause.

Pending the investigation, MCIAA Deputy General Manager Glenn Napuli said their top priority would now be the removal of the aircraft for the resumption of their operations and the partial opening of the runway to allow the departure of smaller planes.

However, arriving planes will still not be allowed to land at the airport until the Korean Air plane is completely removed from the runway.

The Mactan airport runway is 3.3 kilometers. However, as the aircraft was still at the end of the runway, it was agreed that the runway would be shortened to 2.56 km.

“So question number one, what do we do with the plane? Right now (we are) doing whatever it takes to get this plane out of this area. We’re going to move it about 30 meters away from the threshold of the runway,” attorney Napuli said.

In preparation, MCIA is now refueling the plane and cranes have been set up to make way for its removal.

MCIA aims to complete the removal of the aircraft by midnight tomorrow so that they too can resume operations.

Partial operations at Mactan Cebu airport could resume by Tuesday

Disclaimer: Comments uploaded to this site do not necessarily represent or reflect the views of the management and owner of Cebudailynews. We reserve the right to exclude comments that we deem inconsistent with our editorial standards.