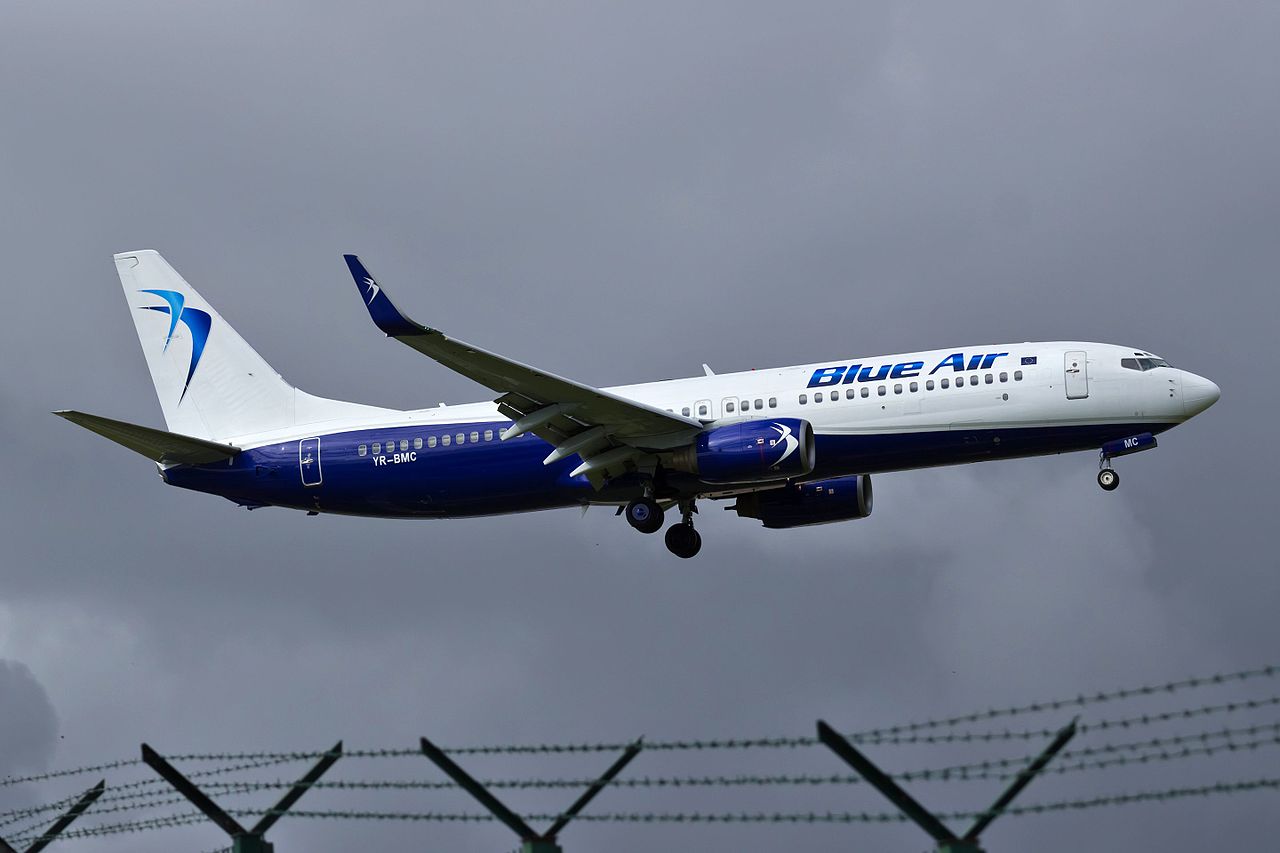 LONDON – The Romanian carrier Blue Air remains in difficulty. The airline still owes a lot of money in refunds and fines after canceling more than 11,000 flights between April 30, 2021 and April 30, 2022.

Blue Air saw a major reduction in its fleet after it closed its bank accounts and suspended operations in September, leaving it with just two Boeing 737-500s. However, the Romanian tax agency (ANAF) has now seized one of the Boeing 737-500s, bringing Blue Air one step closer to insolvency in the matter.

Persistent crisis – There is one plane left

As the payments crisis continues for Romanian carrier Blue Air, the Romanian Tax Agency (ANAF) has now seen the need to seize one of the two remaining aircraft in Blue Air’s fleet, currently made up of Boeing aircraft. 737-500.

The seized aircraft is currently located at Bacau Airport (BCM), which, based on data from Planespotters.net, lists registration YR-AME (MSN 24941) as the aircraft in question.

YR-AME is just one of two Boeing 737-500s in Blue Air’s fleet, with YR-AMA (MSN 24942), being the second airframe in the fleet. However, YR-AMA is stationed at Forli Airport (FRL) in Italy and its fate is currently unknown.

Since Blue Air was fined 2 million euros for the more than 11,000 canceled flights, they have also been forced to refund refunds within 10 days, as imposed by the Romanian authorities. However, as they failed to pay within the set deadline, their bank accounts were seized by the Romanian Ministry of the Environment, leaving the airline unable to pay its suppliers.

In reports from Romania-Insider.com, the airline’s debt is published, with Blue Air owing RON 14.4 million to the central government budget, an additional RON 36.6 million to the social security budget, as well as RON 12.2 million to public health. system budget. The total in Romanian currency leaves Blue Air ahead of 63.2 million RON, which corresponds to approximately 13 million euros (EUR).

As the carrier was forced to suspend operations in September this year, Blue Air was eventually forced to return planes, leaving its fleet to a minimum. This also includes Blue Air’s brand new Boeing 737 MAX 8, as well as its fleet of Boeing 737 NGs, which have been returned to lessors accordingly.

With Blue Air’s suspension of operations, their route network also collapsed, leaving carriers Wizzair and Moldovan airline HiSky to begin operations on some of the routes they left behind.

Blue Air’s fate remains to be decided as the carrier moves ever closer to insolvency in its troubles and 13 million euros in fines plus compensation is no small sum of money.

Although the carrier is being paid in rescue loans to recover from the Covid-19 pandemic and the problems that caused it, there is in theory not much to recover with the fleet now down to one plane and fines remaining unpaid. Moreover, the last plane in circulation could also be seized in the near future unless the company finds a solution.

Holiday flights up 40% over last year. How to find cheap flights