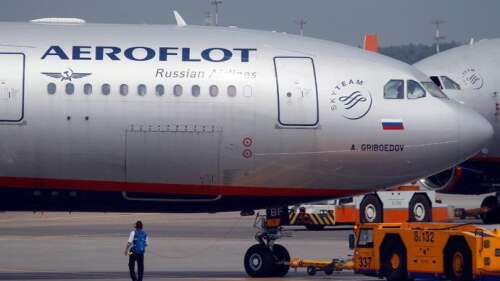 Bermuda to help repatriate planes from Russia – The Royal Gazette

An Aeroflot plane: the Russian airline has registered more than 150 planes in Bermuda and Ireland (file photo)

Civil aviation authorities have been authorized to help owners and lessors regain control of planes trapped in an international quagmire that is part of the Russian-Ukrainian war.

It could also mean their return to good standing on the island’s aircraft registry.

Bermuda is the home registry for hundreds of Russian planes, putting the two countries at loggerheads.

Amid Western sanctions against Russia for invading Ukraine, Bermuda stripped the plane’s airworthiness certificates, grounding them.

Russian authorities claimed that Bermuda was no longer the Registrar; that the aircraft was now registered in Russia.

Russia has passed a law allowing domestic airlines to register planes leased from foreign companies in the Russian aircraft register.

Aircraft cannot legally be registered in more than one jurisdiction.

Russian officials angrily issued a statement to the media that following “the unilateral cancellation by Bermuda aviation authorities of airworthiness certificates for Russian aircraft, the Russian Federation suspended the intergovernmental agreement with Bermuda removing the island as the navigability authority”.

But Bermuda’s Civil Aviation Authority has received no official delisting requests from the Russian government, only requests from Russian airline operators.

According to the rules, the owner of the plane must apply for it.

These planes, some of which have been seized by Russian officials, have seen support services cut from normal Western agencies.

The case is expected to lead to a three-way legal battle between airlines, lessors and insurers that could drag on for many years.

Bermuda was forced in April to follow the sanctions regime imposed in Britain.

This meant that the Bermuda Civil Aviation Authority was mandated to withdraw the services it would normally be expected to provide, as part of the global service agent network.

Prohibited services include technical assistance for licensing, maintenance and continuing airworthiness management approvals and any other aircraft-related activity.

The service bans related to aircraft seized by the Russian Federation or associated with persons linked to Russia.

The BCAA has now said it supports the policy of repatriating aircraft from the Russian Federation, back under the flag of Bermuda.

He said this month that the Bermuda government had granted him a limited privilege license, which offers some relief from trade sanctions, to facilitate the repatriation of planes from Russia.

BCAA’s Operations and Airworthiness sections will provide support related to the repatriation of aircraft, for which dedicated procedures have been established.

If a plane is repatriated, the authority said, it may remain on Bermuda’s aircraft register.

With hundreds of aircraft captured by the Russian Federation, repatriation will be an uncertainty in many cases.

Air traffic to and from Russia has been limited and their new fleet includes older planes that have deteriorated without normal maintenance, some not worth the cost of repairs and repatriation.