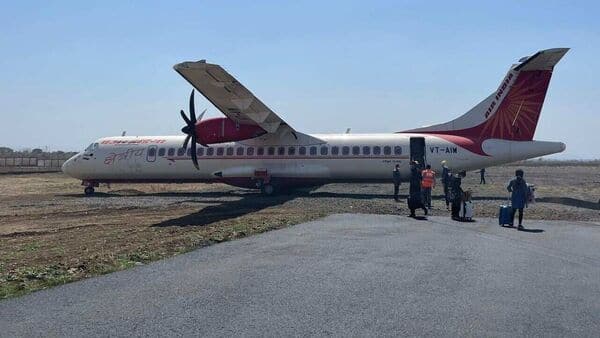 Alliance Air plane, with 55 passengers on board from Delhi, runs off the runway

During a runway excursion at Jabalpur, an Alliance Air ATR-72 aircraft, with around 55 passengers on board from Delhi, ran off the runway at Jabalpur, MP. In the meantime, all passengers are safe, according to the news agency ANI reported. The Directorate General of Civil Aviation (DGAC) has also opened an investigation into the incident.

The Delhi-Jabalpur flight was operated using an ATR-72 aircraft, which took off from Delhi at around 11:30 a.m. and landed at Jabalpur in Madhya Pradesh at around 1:15 p.m. All 55 passengers disembarked safely after the incident without any injuries, officials said.

Madhya Pradesh | A runway excursion occurred at Jabalpur. An Alliance Air ATR-72 plane, with around 55 passengers on board from Delhi, ran off the runway at Jabalpur.

All passengers are safe. pic.twitter.com/UluvwbZhHY

Dumna airport, where the incident happened, is about 21 km from Jabalpur. Due to the incident, airport manager Kusum Das told PTI that operations at the airport were suspended for four to five hours.