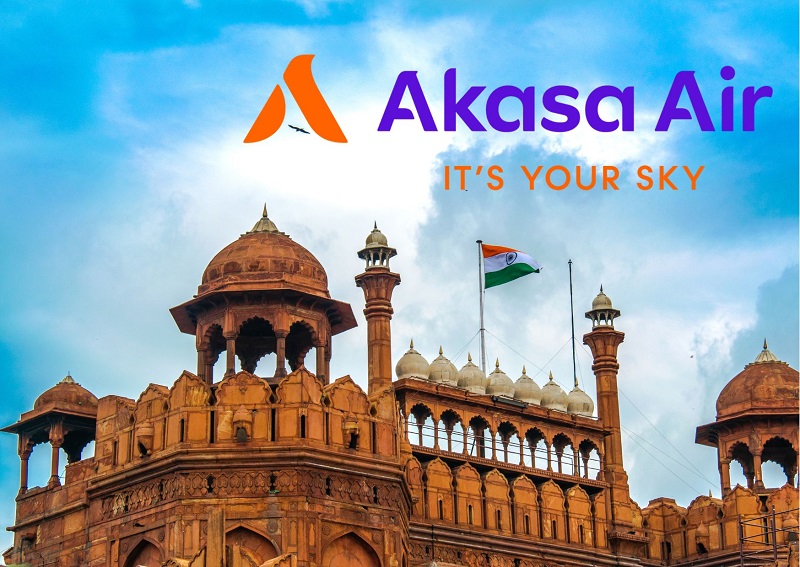 Akasa Air, India’s newest airline, has announced that Delhi will be the sixth destination in its network, adding to its existing network of Ahmedabad, Bengaluru, Kochi, Chennai and Mumbai. The new flights on the Delhi-Bengaluru and Delhi-Ahmedabad routes will commence on October 7, 2022, exactly within two months of the commercial launch of the airline. To further improve connectivity on the existing sectors, the airline has also announced additional daily flights on the Ahmedabad-Bengaluru route from 07 October 2022.

Akasa Air has aggressively ramped up operations and will have flown 250 flights per week by October 10, 2022, on a total of nine routes. With a fleet expansion plan that adds a new aircraft every 15 days, the airline will soon put its fifth aircraft into service. It will continue to develop its network to establish a strong pan-India presence with a focus on metro connectivity to Tier 2 and Tier 3 routes. Akasa Air’s fleet size will be 18 aircraft by the end March 2023 and over the next four years the airline will add an additional 54 aircraft, bringing the total size of its fleet to 72 aircraft.

Commenting on the rapid expansions, Praveen Iyer, Co-Founder and Chief Commercial Officer of Akasa Air, said, “Glad to have added our nation’s capital, New Delhi, to our growing network. With the upcoming entry into service of our fifth aircraft, we will soon reach the milestone of 250 flights per week. Besides the flights between Delhi and Bangalore, we are further increasing our network between Bangalore and Ahmedabad by adding the 2nd frequency between this route. In addition, we are also announcing another new route, Delhi – Ahmedabad – Delhi with very convenient timings, all effective on October 7th. As Indian air travelers continue to travel in promising numbers, Delhi has seen a significant recovery in passenger traffic. We look forward to meeting growing demand and continuing to add new destinations to our network.”