Air Transport Services Group (NASDAQ:ATSG – Get Rating) released its quarterly earnings data on Thursday. The transportation company reported EPS of $0.56 for the quarter, beating analyst consensus estimates of $0.40 by $0.16, MarketWatch Earnings reports. The company posted revenue of $485.86 million in the quarter, compared to a consensus estimate of $474.93 million. Air Transport Services Group achieved a return on equity of 11.57% and a net margin of 13.34%. The company’s revenue for the quarter increased 29.2% year over year. During the same period a year earlier, the company posted EPS of $0.19.

About Airline Services Group (Get a rating) 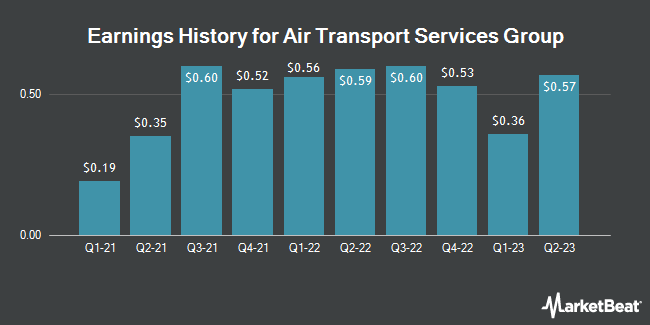