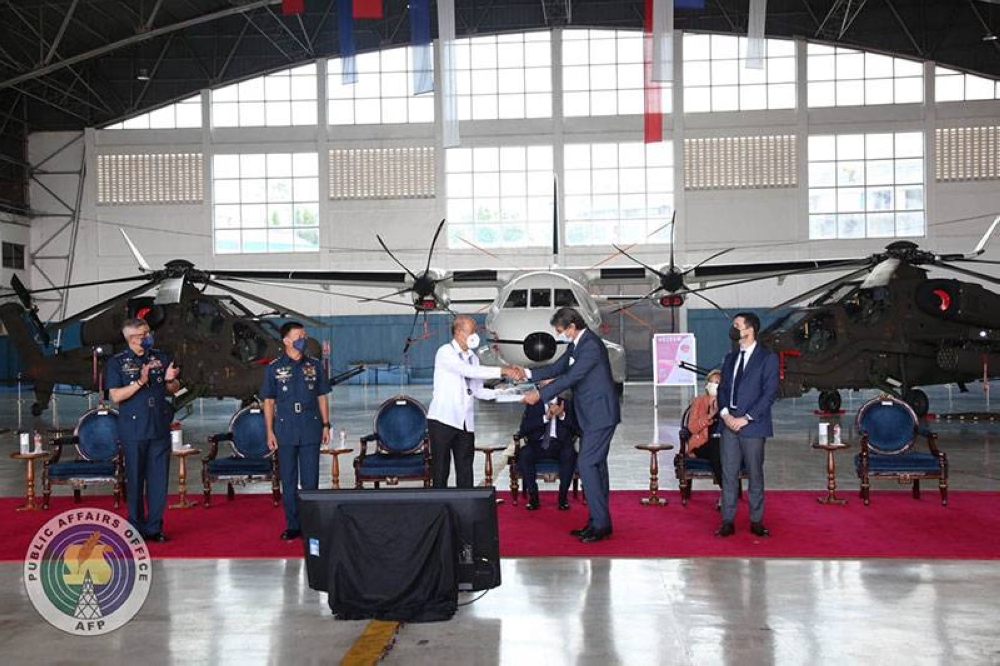 The Armed Forces of the Philippines on Wednesday acquired two new T-129 ATAK helicopters from Turkey and a C-295 medium transport aircraft from Spain.

A rotation rite led by Secretary of Defense Delfin Lorenzana took place at the 250th hangar of the Presidential Airlift Wing at Villamor Air Base in Pasay City, AFP said in a statement.

“These new aircraft will not only enhance our capabilities, but, in retrospect, they will carry the hopes and aspirations of what we want as the Air Force, to become a more agile and reliable organization,” he said. said Canlas.

Professor Ismail Demir, Ph.D. from the Defense Industries Presidency of the Republic of Turkey. and the Ambassador of the Kingdom of Spain to the Philippines Jorge Moragas Sanchez were also present at the event.

The two ATAK helicopters arrived on March 9, the first installment of a six-unit purchase from Turkish Aerospace Industries under the AFP Horizon 2 modernization plan.

The C-295 aircraft, meanwhile, was the first of three C-295s the government acquired from Spain’s Airbus Defense and Space under the medium-lift aircraft procurement project.

“It will be used to transport personnel and equipment as well as to support disaster relief and humanitarian assistance operations by AFP,” the military said.