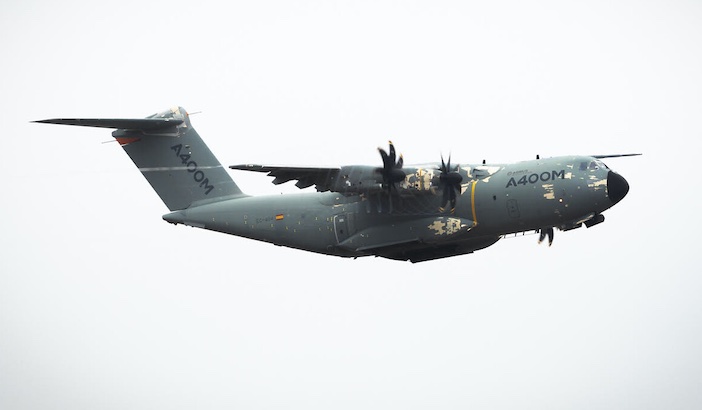 Airbus has retired the A400M MSN4, also known as the Grizzly 4, after more than 2,000 flight hours, 1,000 flights and numerous missions and test campaigns completed over the past 12 years.

MSN4 landed in Bremen, Germany last week after twelve years out of service. The flight, which was its thousandth, is to be exhibited at Bremen Airport.

The A400M MSN4 has been used for all kinds of test flight campaigns over the years to develop key capabilities such as aerial delivery, low level flying and aerial refueling.

Ignacio Lombo, chief test pilot at Airbus Defense and Space contributed to the development of the A400M after completing approximately 200 flights and 500 flight hours inside the cockpit of the MSN4. He said: “I will remember Grizzly 4 as a strong and sturdy beast. We pushed it to the limit of speed, Mach, altitude, load factor (g) and almost ripped its skin off.

“This aircraft has exceeded all expectations in all kinds of operations with superior performance.”

MSN4 has played a key role in the development and certification of the Air-to-Air Refueling (AAR) capability that today allows A400M operators to fly further and more safely during their military operations and in combination with other other military platforms.

César González was the flight test engineer responsible for the development and flight test certification of the AAR capability, both as a tanker and as a receiver. He said: “MSN4 was our workhorse for aerial refueling, as it was where we tested the capabilities of the receiver with tankers like the A330 Voyager and C160 Transall.

“As a tanker, we have used MSN4 to develop and certify refueling pods with F18 receivers, refueling of hose drum units with F18 and A400M receivers, bunker tanks and more recently refueling capabilities in flight helicopters with H225M Caracal.

“I am particularly proud of the mission which was the first to refuel an A400M receiver from an A400M tanker.”

It was precisely the air-to-air refueling capability that came to Lombo’s mind when asked about his most difficult experience with the MSN4 as a pilot: “Air-to-air refueling as a receiver was the hardest. There has been a lot of work behind developing this ability.

MSN4 was instrumental in the development and certification of cargo and airdrops – these capabilities being essential for A400M operators today – as it was designed so that the cargo hold is free of instrumentation and therefore fully usable for air delivery. or additional fuel tanks.

“I fondly remember the early days of airdrop testing where we went from the very beginning of single gravity and extraction loads, towing (large) parachutes at low and high altitudes, to dropping 25 tons of loadings in a single sequential run. extracted platforms, as well as aerial displays at select UK air shows,” said Simon Nicastro, A400M Flight Test and Integration Program Manager at Airbus.

The A400M is capable of carrying more paratroopers over a greater distance, a capability that reinforces its strategic value.

More than 100 A400M aircraft are deployed today in eight different countries. MSN4 was also the first aircraft from the Military Air Systems unit to conduct its first demonstration flight using sustainable aviation fuel (SAF) last summer, guiding its successors into a cleaner future and helping to pave the way. to the decarbonization of military aviation.

Bremen: back to the beginning

MSN4 is now back in Bremen, where every A400M is made, with the scars of all the battles it has helped win over its remarkable career. “I will always keep that last flight in my memory. As Captain, I speak on behalf of the team behind our dear friend Grizzly 4, and we would like to thank this aircraft for the great times we had together,” said pilot of the last flight, Michel Gagneux. .

González added, “I can’t help thinking that Grizzly 4 is my prototype, my baby. I feel a little sad, but also proud of the work we have done with the team. Good luck, buddy! It’s time for you to rest after an exciting journey. 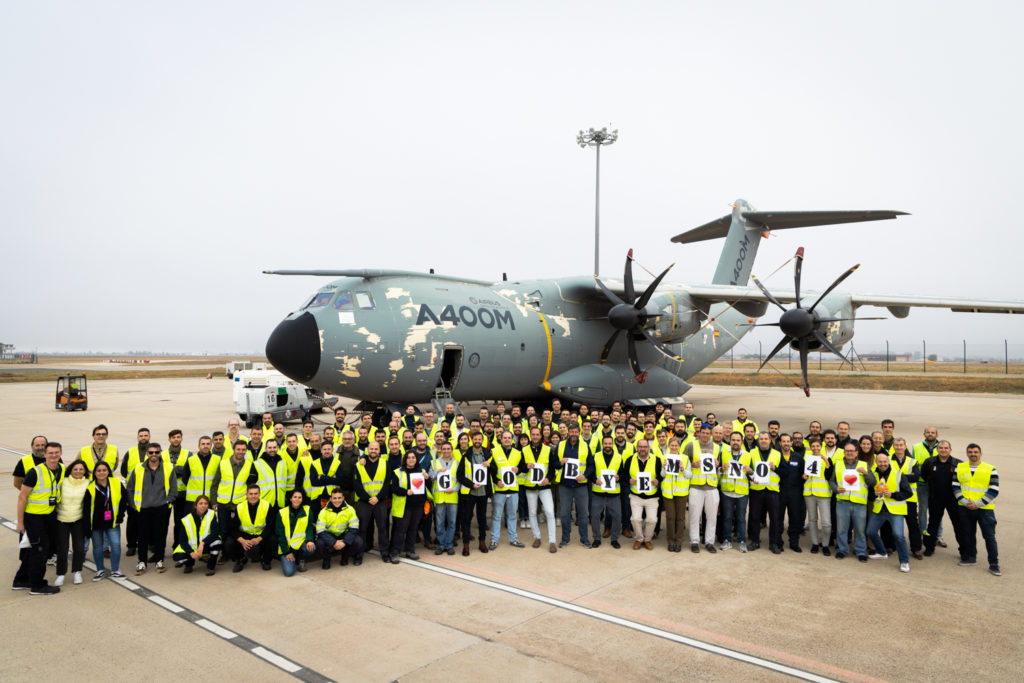 The team that now hosts the MSN4 in Bremen is delighted for the coming months: “We are happy to have the MSN4 back after all these years and all that it has contributed to accomplish for the development of the A400M. It is in good hands here, where we will prepare it for its next chapter,” said Marc Steckling, site manager in Bremen at Airbus Defense and Space.

Dennis Neumann, A400M Industrial Program Manager in Bremen, and currently leading the project for the future of MSN4, said: “This project touches us all here at the Bremen site. Before being placed in its final location next to Bremen Airport, where all who land in Bremen will see it, it will receive a fresh coat of paint and be set up to host team meetings and workshops as well as to be part of the official guided tour of the site. .”

This article has been edited for style and length and was originally published by Airbus.