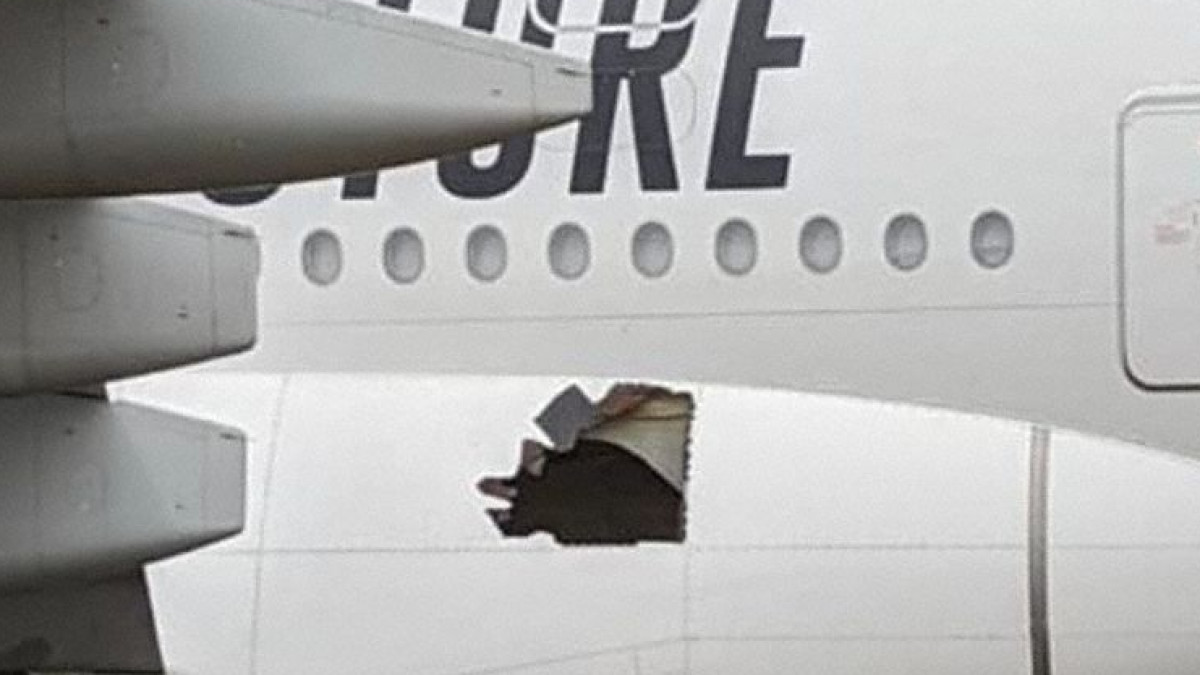 Recently, for 14 hours in a row, an Emirates plane flew with a big hole in its side. The plane, Airbus A380, flew with passengers from Dubai to Brisbane, Australia. The passengers were unaware of the condition of the aircraft until they exited. Fortunately none of the passengers were injured and the flight landed safely in Brisbane.

According to the airline, one of the plane’s tires burst just after the plane took off. This created a hole in the Airbus A380. The damage occurred in the aircraft’s outer panel, also known as the aerodynamic fairing or aircraft skin. The damage had no effect on the aircraft fuselage, chassis or structure.

Emirates Airbus A380 (A6-EVK) took off from runway 30L in Dubai (OMDB), VAE in flight #EK430 in Brisbane, Qld, Australia where he landed safely. After landing, a large hole was seen in the left fuselage, allegedly from a loose bolt in the nose gear.https://t.co/o1EqBuJ0bA pic.twitter.com/s4p6tIpXDw

According to reports, one of the passengers on the flight – Patrick, heard a loud bang after 45 minutes when the plane took off and alerted the cabin crew. He said he could also feel the noise coming through the floor. “Cabin crew remained calm, stopped catering service and phoned and checked wings, engines,” according to a report.

As the plane was about to reach Brisbane Airport in Australia, the crew contacted air traffic control. The crew informs them of the status of the plane and requests an emergency landing.

Upon landing, the plane was checked, repaired, replaced and cleared by Airbus, the engineer and other authorities, according to the spokesperson.

This incident, however, did not affect the flight schedule.