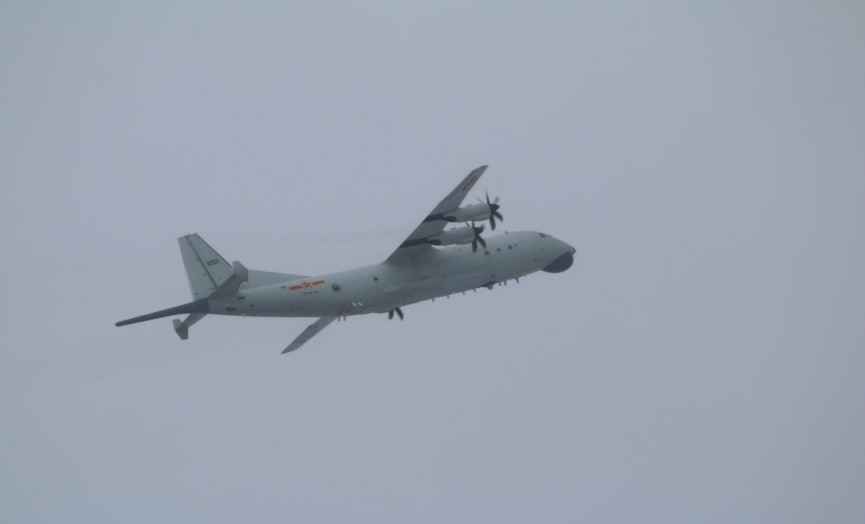 China has sent its planes to Taiwan’s identification area every day this month except Jan. 3, 9 and 16. A total of 68 Chinese aircraft have been spotted there so far in January, including 45 fighter jets and 23 spotter jets.

Since September 2020, China has stepped up its gray area tactics by regularly sending aircraft into Taiwan’s ADIZ, with most events occurring in the southwest corner. In 2021, Chinese military aircraft entered Taiwan’s ADIZ 961 times in 239 days, according to the MND.

An ADIZ is an area that extends beyond a country’s airspace where air traffic controllers ask incoming aircraft to identify themselves. Gray area tactics are defined as “an effort or series of efforts beyond steady-state deterrence and assurance that attempts to achieve its security objectives without resorting to direct and significant recourse to strength”. 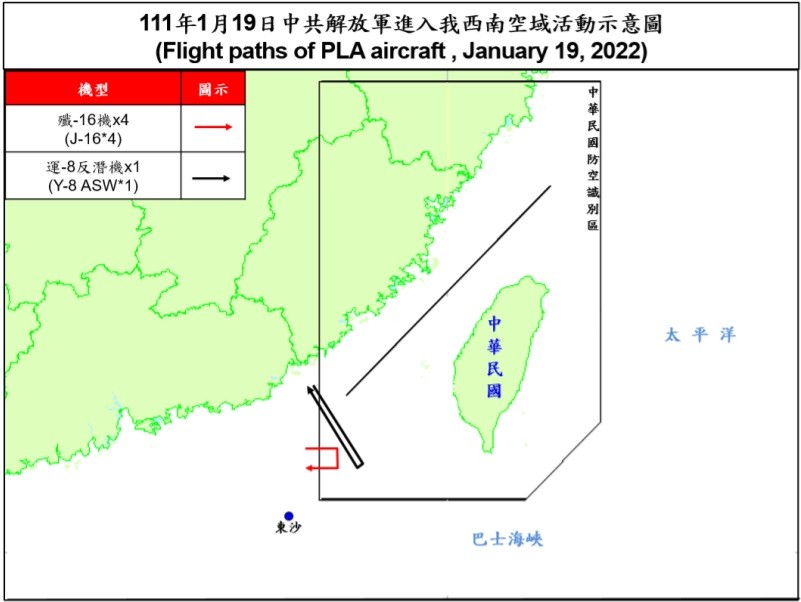